Sunday is still very young to be in any romantic relationship.

The star kid is currently enjoying her life growing up. In the upcoming days, if she gets involved with anyone in a romantic way, we will surely update her about it. 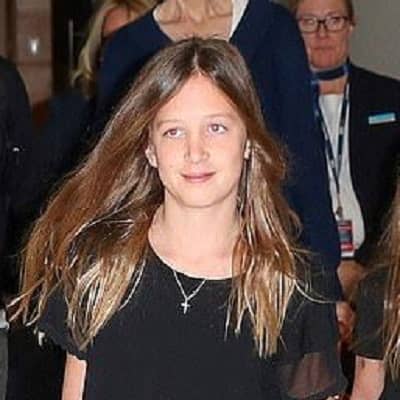 Who is Sunday Rose Kidman Urban?

Sunday Rose Kidman Urban is a celebrity child. She is in the limelight being the first biological daughter of Nicole.

Sunday was born on July 7, 2008, in Tennessee, US. She is of mixed (English, Scottish, Irish, German) descent.

The name “Sunday” was first suggested by Nicole’s brother, Anthony. He named it after a lady named Sunday Reed, who was a prominent art enthusiast in Australia. Sunday has her nickname as“Sunny.”

She has a younger sister Faith Margaret Kidman Urban who was born through surrogacy. Likewise, Sunday has two elder siblings sabella Jane and Connor Anthony. They were adopted by her parents.

Sunday has been attending high school education a per her age. However, her school details are unknown.

Sunday came into the limelight being a member of a popular family. Before her birth, all the media were waiting for her arrival after Nicole announced her pregnancy on January 7, 2008. Nicole’s first pregnancy resulted in miscarriage. And so her pregnancy at Sunday time was more in the spotlight.

Throughout the pregnancy, she was very conscious. She regularly went to the gym followed her prenatal yoga regime religiously. Nicole also revealed that she believed her pregnancy happened soon after she swam in the waters of Kununurra in Australia, where she had been shooting for her film ‘Australia.’

As of now, Sunday is just seven yrs old. Her images are always snaped by the media when she walks outside with her family.

She isn’t engaged in any profession and is studying well. However, Sunday is already showing her mother’s footstep in acting. She is interested to perform in various plays at her school.

Sunday doesn’t earn on her own but definitely living a luxurious lifestyle growing up. Her parents are renowned celebrities.

Her mother Nicole’s net worth is estimated to be $250 million as of 2021. Similarly, her father Keith has a net worth of around $80 million.

Being a celebrity child, Sunday’s every activity has been on the headlines since her birth. She is always snapped at by the media when the family has public appearances.

However, there are no such controversies or rumors spread in the media.

She stands with an appropriate height and weight. However, its details are unknown as of now.