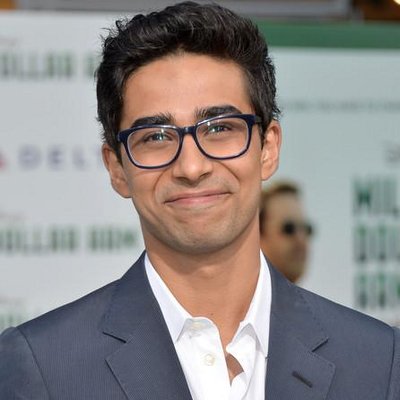 The Life of Pi actor was engaged once before getting fame as an actor. He was engaged to his college mate, Gayatri Alma.

The former couple had been dating each other since they were teens. On the 7th of October 2009, Sharma proposed to Alma for marries which also happens to be her birthday. However, the actor called-off the engagement with Alma after landing the lead role in the movie.

As of now, he is focused on his career as an actor.

Who is Suraj Sharma?

Indian Suraj Sharma is a rising actor in the entertainment industry. He is popular for portraying the character of Pi Patel in Life of Pi.

Currently, Sharma is appearing as Rakesh the CBS’s TV series, God Friended Me.  Last, in 2019, he featured the slasher movie, Happy Death Day 2U.

Suraj Sharma was born and brought up in the New Delhi of India. His birthday is on the 21st of March 1993.

His father, Gokul Churai happens be to a software engineer by profession. Whereas his mother, Shailaja Sharma is an economist. They are originally from Kerala and come to New Delhi for better living.

He is the eldest among his two siblings including a brother, Sriharsh, and a sister, Dhruvatara. They are of Far-East-Asian ethnicity with Malayali roots.

While attending college, he went to the audition of the movie, Life of Pi insisted by his younger brother. Among 3000 people, the director Ang Lee chose him for the role of Pi Patel due to his expressive eyes and innocent appearance. After completing the shoot, he completed his education and earned a bachelor’s degree with Honors in Philosophy.

After a huge success for his debut movie, he gave back to back hit movies like Million Dollar Arm, Umrika, Burn Your Maps, and The Hungry. In the year, 2019, he featured movies like Happy Death Day 2U and Killerman.

Apart from movies, he is also popular in TV series too. In 2014, he made his TV debut with the series, Homeland. In the series, he appeared as Aayan Ibrahim.

Moving forwards, in 2018, he made his appearance in the series, God Friended Me as Rakesh. As of 2020, he is continuing the character.

Till the date, he has not been through any sort of controversy and scandals that created headlines in the media. Similarly, there are rumors related to him.

Suraj Sharma has dark brown eyes with black hair. He stands at a height of 5 feet 7 inches and weighs around 65 kg. Also, his chest size is 38 inches and waist size is 30 inches.

You may also read the bio of India Eisley, Madhur Mittal, and Jannat Zubair Rahmani.