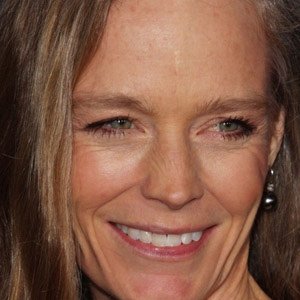 Susan Amis Cameron is a married woman. She has been married to film director James Cameron since June 4, 2000. The couple met the first time during the filming of ‘Titanic’. This couple has welcomed three children: Claire(born April 2001), James Quinn(born September 2003), and Elizabeth Rose(born December 29, 2006). They adopted a plant-based diet in 2012 and they are featured in ‘Eating You Alive’ in 2016.

Previously, she was married to Sam Robards since May 17, 1986. They had welcomed a child (Jasper Robards) and were separated in 1994.

Who is Susan Amis Cameron?

Susan Amis Cameron is an American environmental advocate, a former model, and a former actress who is best known for her role as Chloe McBain in ‘Where the Heart Is’ in 1990, and as Josephine ‘Jo’ Monaghan in ‘The Ballad of Little Jo’ in 1993.

Susan holds American citizenship but her ethnicity is unknown.

Talking about Susan’s education history, she has not disclosed any information regarding her education and institutions names.

Susan Amis Cameron has co-founded MUSE School CA in 2005 which is a Reggio-inspired, independent, non-profit school in the Calabasas, California. Also, the school is 100% solar powered and zero waste, with sunflower designed by her husband, James Cameron.

She along with her husband, James Cameron, and Craig McCaw co-founded Plant Power Task Force in 2014 which is an organization focused on showing the impact of animal agriculture on climate change and environment.

She published ‘OMD: Swap One Meal a Day to Get Healthy’, ‘Live Longer’, and ‘Save the Planet’ and she is also the founder of Cameron Family Farms and Food Forest Organics, in New Zealand.

She has an estimated net worth of around $5.5 million and she has earned that sum from her different professional career.

The talented actress and model have been successful in maintaining her celebrity status and she has not been involved in any types of rumors and controversies in her career.