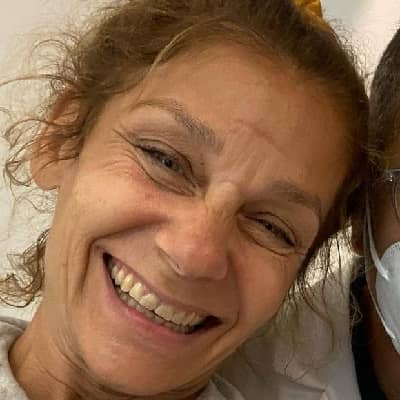 Susan Anne Povich is living a blissful conjugal life. He is married to her business partner, Ralph Winthrop Gorham. Ralph is the owner of Simba Construction, a custom furniture design and contracting company in Brooklyn.

He also designed the motorcycle body-style prototypes. The couple met for the first time at a family party. On May 9, 1998, the couple tied the wedding knot in an intimated ceremony.

Who is Susan Anne Povich?

Susan Anne Povich is a former lawyer, businesswoman, and chef by profession. She is best known as the daughter of actor and producer Maury Povich and his former wife Phyllis Minkoff.

Susan was born in the United States to her father Maury Povich and mother Phyllis Minkoff. She hasn’t yet disclosed her birth year, month, and date in the media.

Susan has a sibling named Amy Povich who is married to David Agus. In 1979, her parents parted ways. Afterward, her mother, Phyllis married Philip Baskin. On the other hand, her father married a news anchor and host Connie Chung.

She has three half-siblings named Shoshana Naudel and Janice Gondelman from her mother’s second marriage. Similarly, from her father’s side, he has a half-brother named Matthew Jay Povich (adopted).

Susan earlier worked as a lawyer in tech and music. She quit law when she had an interest in cooking. She started taking cooking classes in French cooking School. In Spring 2009, she co-founded a storefront restaurant, Red Hook Lobster Pound in Brooklyn.

At present, she has expanded the restaurant in Manhattan and Washington, D.C. They introduced their brand-new lobster roll food truck and named it Nig Red in 2011. In June 2013, the food truck was crowned the “Best Food Truck in America” by the Daily Meal out of 400 trucks nationwide.

As of 2021, Susan has an estimated net worth of around $5 million as per other sources. However, her yearly income and real estate are still under review.

Talking about his father’s income, Maury has accumulated around $80 million of net worth throughout his successful career.

Talking about Susan’s physical appearance, she has a fair complexion. She has brown hair color and a green pair of eyes. Further, her exact height and weight aren’t available.