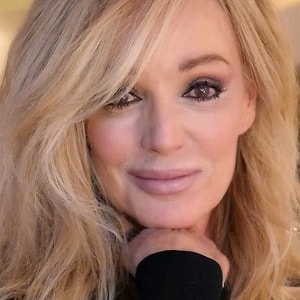 I think that the pendulum will swing back to the other side one day.

Susan Anton has been married to actor Jeff Lester since August 15, 1992. The couple is living together in Las Vegas. There is no sign of divorce between the couple.

Previously, she married Jack Stein on June 29, 1975, but due to some internal conflict between them, they announced their divorce on May 20, 1980.

Then, she was romantically linked with English film and television star Dudley Moore in the early 1980s. They have a huge height difference as he is only 5 ft. 2.5 inches tall and she is 5 ft. 11 inches tall. The rumors are that the reason behind their separation is possibly height difference.

Who is Susan Anton?

Susan Anton is a famous American actress and singer. She was voted ‘Miss Muriel’ in the 1970s and was listed as one of the 12 ‘Promising New Actors of 1979’ in John Willis’ Screen World, Vol. 31.

She was born on October 12, 1950, in Yucaipa, California, USA. Her birth name is Susan Ellen Anton and she is currently 68 years old. She has not disclosed information regarding her parents, siblings, and her childhood.

Her hobby is to play golf. She has got a deep husky voice and model-like figure.

Susan holds American citizenship but her ethnicity is unknown.

She earned a huge number of fan following from her Muriel Cigar commercials. During that time, she sang “Let Muriel turn you on/ That is my desire / Muriel lights a flame in me / Where there’s Muriel’s smoke, there’s fire” which helped to gain a huge number of positive responses from her fans.

She then appeared around 30 times on Merv Griffin’s TV show in the 1970s. She announced her name and sang the company’s jingle in the radio ads and in television for Perfect Sleeper mattress by Serta.

Susan along with country singer Mel Tillis was given a  summertime variety series, ‘Mel and Susan Together’ in 1978 but the show disappeared after four weeks. Later, she was selected as one of Time Magazine’s Most Promising Faces in 1979.

Then, she starred in her own variety shows ‘Presenting Susan Anton’ and in ‘Stop Susan Williams’ and also in the films like ‘Spring Fever’, ‘Cannonball Run II’, and ‘Goldengirl’.

She made her breakthrough from her song ‘Killin Time’ which she sang as a duet with country singer Fred Knoblock. The song became Top ten on the country charts and also became hit #28 on billboard’s Hit 100.

She made her appearance on the TV comedy series Night Court’s episode named ‘The Talk Show’ in 1990 and portrayed the role of a talk show producer in the series.

Susan also worked as the host of the successful show ‘Great Radio City Music hall Spectacular’ at the Flamingo Hilton in Las Vegas in 2000. She also made her appearance in the Las Vegas Company of the musical Hairspray and on Broadway in ‘The Will Rogers Follies’, ‘Hurlyburly’, and ‘All Shook Up’.

She was awarded the nearby Miss Redlands and also the Miss California beauty contests in 1969. She became the second runner up in the 1969 Miss America Scholarship Pageant.

She has an estimated net worth of around $10 million which she earned from different television and film roles. It is estimated to rise in the future as she is still active in her career.

Susan likes to keep her lips tight and has not been involved in any rumors and controversies in her professional career and in her private life.