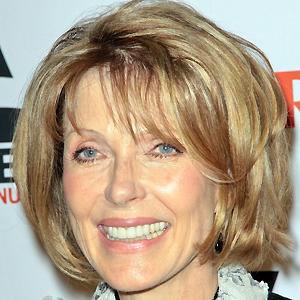 Susan Blakely is a married woman. She has been married to Steve Jaffe since July 16, 1982. He is a media consultant and crisis management expert also a film and television producer. The couple has not welcomed any child yet and they are spending quality time with each other.

Previously, she was married to lawyer Todd Merer in 1969 but they ended their relationship with divorce in 1981.

Who is Susan Blakely?

Susan Blakely is an American actress and model. She is best known for her leading role in the ABC miniseries ‘Rich Man, Poor Man’. She is also famous for her performances in ‘The Towering Inferno’ in 1974, ‘Report to the Commissioner’ in 1975, and ‘Over the Top’ in 1987.

She was born on September 7, 1948, in Frankfurt, Germany. She is currently 70 years old. Her father’s name is Colonel Larry Blakely (a career Army officer) and her mother’s name is Mary Louise (former art teacher).

Susan Blakely holds American citizenship but her ethnicity is unknown.

She attended the University of Texas at El Paso and moved to New York. Then, she studied acting with Warren Robertson, Lee Strasberg, Sanford Meisner at the Neighborhood Playhouse. Later, she started studied with Charles Conard in Los Angeles and she currently studies with Warner Loughlin.

Susan Blakely began her career as a professional model in 1967 at the Ford Modeling Agency. She appeared as a supporting role in the films like ‘Savages, The Way We Were’, and ‘The Lords of Flatbush’.

She made her breakthrough as Patty Simmons in the film ‘The Towering Inferno’ and portrayed the female lead role in the films ‘Report to the Commissioner’. Her fame increased much more after she appeared as the leading role in the television miniseries ‘Rich man, Poor Man’ which is based on the 1969 novel of the same name by Irwin Shaw.

It seems Susan has been successful in maintaining her celebrity status till date and she has not been involved in any types of rumors and controversies in her career.