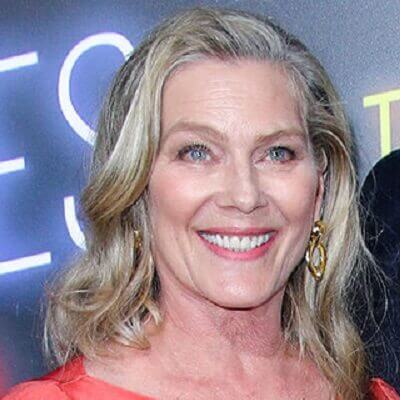 Susan Geston is a married woman. She is married to Jeff Bridges. He is a famous American actor, singer, and producer and has won numerous accolades, including the Academy Award for Best Actor for the 2009 film Crazy Heart.

The couple met when Susan was working as a waitress in Paradise Valley, Montana. Jeff fell in love with her at first sight and asked her out but she rejected it. Sometime later, they met at a party and Geston started liking him, too and the couple started dating. The couple dated for some time before deciding to get married at Susan’s insistence. They exchanged wedding vows on 5 June 1977 and are happily married. They have now been married for over 40 years and their marriage is taken positively by the media and fans.

Who is Susan Geston?

Susan Geston is an American actress and producer. She is best known as the longtime wife of American actor, Jeff Bridges.

Susan Geston was born in the year 1953 in the Fargo region of North Dakota in the United States of America. As of 2020, her age is 67. Not much is known about her family background. There is no information about her parents. Similarly, she has not revealed anything regarding her siblings and other family members. She spent her childhood days in North Dakota.

Susan Geston was working as a waitress at Chico Hot Springs in Paradise Valley in 1974. Her life took a huge turn when Jeff Bridges arrived at her restaurant and fell in love at first sight with Susan. Initially, she rejected Jeff’s proposal for a date. However, later they got closer and Susan fell in love with him.

Soon, she moved in with him at Malibu. After their marriage, Susan became actively involved in Jeff’s movies and worked alongside him. In 1980, she starred in the film ‘Forbidden Zone’. In 1989, she worked as a producer for the movie, ‘Cold Feet’.

Susan has been in the entertainment industry for a long time accompanying her husband to his sets and ceremonies. Jeff has said she has worked with her on 50 movies as he could not have done it without her.

Geston is also a philanthropist and has worked for several charitable organizations.

There is no information about Susan’s net worth. She has not revealed her salary, either. Her husband, Jeff Bridges has an estimated net worth of around $100 million. The couple put their house in Montecito up for sale in 2019 for $8 million.

Geston has green eyes and blonde hair. There is no information about her height and weight. Similarly, she has not revealed her body measurements for breasts, waist, and hips.

Geston has not been involved in any controversies. She has been able to keep herself away from any type of controversy and scandal. So far, she has not done anything controversial in her career. Similarly, there are no rumors about her of any kind.

Susan Geston is absent from social media sites. She is not active on Facebook, Instagram, and Twitter. She likes to keep her personal life private and thus chosen to stay away from the social media world.

You may also like to read the Bio, Career, Body Measurements, Net Worth, Social Media, Relationships, and more about Faith Ford, Cash Warren, Jeff Bridges, and more.