Posted by MarriedBiography Posted on November 9, 2020 | In Affair , Relationship
Share this 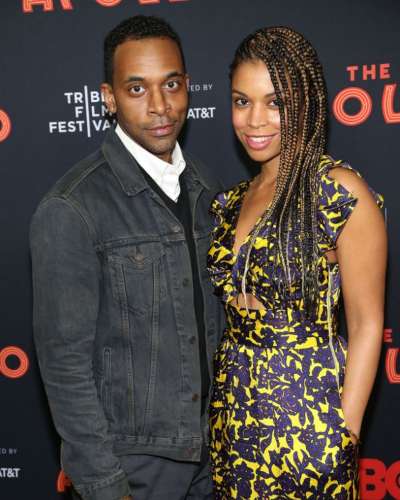 Susan Kelechi says she is single. Just a year back, she announced her engagement with activist Jaime Lincoln Smith. Her new statement has left big questions to her followers. Has she broken up with her fiance?

Find out her recent relationship status and the reason why she called herself single.

Is Susan Kelechi engaged or single?

Kelechi congratulated Joe Biden for his presidential win on her page with a little hint of her own life. ‘This Is Us’ star had announced her engagement just a year back with Jamie. However, in 2020, she is mentioning herself single on her new Instagram post.

“And I thought becoming Single was gonna be the only eventful thing to happen to me this year #TwentyTwenty.”

If this does not seem like a hint to you, she has also deleted the older post of her engagement announcement. The actress posted a snap displaying her engagement ring back in November 2019.

At the time, with the oval sapphire and diamond ring, she wrote:

“Forever Ever. They’ll say its love And they’ll know its love For when they call its name it will answer to love Without hesitation.”

Engagement of Susan with her (former) fiance

Though she has not yet revealed if she has parted her ways with Jaime, she is leaving a shuttle hint. From deleting her old post to mentioning herself single in her new posts.

After two months of her engagement, when she was on a Little Late With Lilly Singh, she revealed an engagement proposal was a total surprise for her at the time.

“I knew it was, like, gonna happen at some point, I didn’t know exactly when. He surprised me because he told me we were going to a cannabis festival—he wanted to throw me completely off.”

Furthermore, she detailed he had mentioned learning about medicinal weeds on brownies. As it was a surprise proposal, he made sure she looked stunning while he asks the big question. Later on, he took the actress to the glass church where he went down on one knee.

What is Susan currently working on?

Talking about her work in 2020, she is resuming her appearance with her on-screen husband Sterling K. Brown. On the new season of This Is Us, they will be resuming their character as  Randall and Beth Pearson. The production took time due to the ongoing pandemic in 2020.

As per the report, in the shoot of this new season, they will be taking all the precautions needed. Moreover, they will also have encased cast holding areas and sanitized props.

Gorgeous and beautiful Susan Kelechi is an American actress, writer, singer, and dancer. She is best known for her appearance as Beth Pearson in the 2016 NBC television dramedy series This Is Us. Kelechi is also known for her work on the television show Louie. See more bio…

You may also read- All about Brittany Banks and Yazan Abuhurira relationship problems!

Who is Teresa Giudice new boyfriend? Know about her failed marriage with Joe Giudice
Tags : "This Is Us" Actress