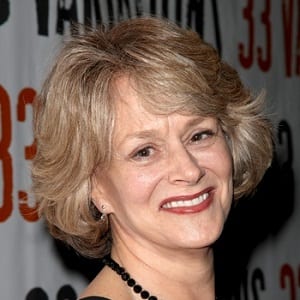 What is the relationship of Susan Kellermann?

Susan Kellermann has not revealed information about her love life. Additionally, there are no records available about her past and present relationships. At present, she is believed to be single.

Who is Susan Kellermann?

Susan Kellermann is an American actress. People mostly recognize her for her appearances in movies and television series including ‘Starsky and Hutch’, ‘Laverne & Shirley’, and ‘Sweet, Sweet Lonely Girl’.

Kellermann was born in the United States on July 4, 1944. She became interested in the world of acting in her childhood years.

She is of American nationality. Furthermore, there are no details available at present about her ethnicity.

Talking about her education, Kellermann graduated from Randolph-Macon Woman’s College. She has a Bachelor’s Degrees in English Literature. Additionally, she studied acting at the Neighborhood Playhouse School of the Theatre.

Kellermann initially made her screen debut with a small role in the TV series ‘Starsky and Hutch’. Additionally, in 1979, she starred in another TV series ‘Laverne & S

hirley’ as Bambi. Later in 1980, she had roles in movies including ‘Where the Buffalo Roam’ and ‘Oh Heavenly Dog’. In addition, in 1981, Kellermann appeared as Beryl in the TV series ‘Another World’.

Since then, she has appeared in numerous other movies and television series. All in all, she has over 50 credits as an actress.

Some other movies and television series that Kellermann has appeared in are ‘In the Family’, ‘Last Holiday’, ‘Nomad: The Warrior’, ‘Monk’, ‘Law & Order: Special Victims Unit’, ‘Courage the Cowardly Dog’, ‘Boys and Girls’, ‘Law & Order’, ‘Just One Time’, ‘Swallows’, ‘The Devil’s Advocate’, ‘Reunion’, ‘Murphy Brown’, ‘Heart and Souls’, ‘Murder,

Kellermann won the Theatre World Award for her Broadway debut in 1979 in the play ‘Last Licks’.

Kellermann has not revealed her current salary. However, she has an estimated net worth of around $ 2.5 million at present as of 2022.

Kellermann has not been part of any notable controversies in her career. Additionally, at present, there are no rumors concerning her life and career.

Talking about her body measurement, Kellermann has a height of 5 feet 11½ inches (1.82 m). Additionally, her hair color is blonde and her eye color is dark brown.

Kellermann is not active over the social media. She does not have her official Twitter and Instagram accounts. Furthermore, she is not active on Facebook as well.