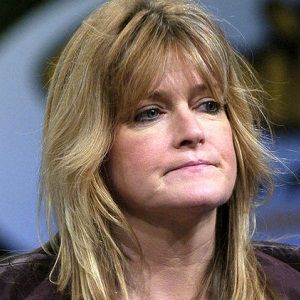 I would rather be at Reggae Sunsplash, which happens once a year, than doing some horrible Brady Bunch reunion.

I think in order to have eternal life, you have to have a soul, and the soul of the show is that we all really did love each other. I think that really came across.

Susan Olsen was a married woman. She married twice before.

She exchanged vows with Steve Ventimiglia in Aug 1988. But they divorced in the year 1990.

After that, on 14 Aug 1995, she married Mitch Markwell and gave birth to a child. They named their son Michael Markwell together. Unfortunately, this couple divorced in the year 2004.

Who is Susan Olsen?

She was born on 14th August 1961 in Santa Monica, California, the U.S. Similarly, she is the daughter of Lawrence (mother) and DeLoice Olsen (father). She is the youngest child and she has three siblings Christopher, Diane, and Larry.

Her nationality is American and ethnicity is Norwegian, English, German, and Irish.

Talking about her education, she attended the American Academy of Dramatic Arts. Similarly, she attended Hollywood Professional School.

Susan Olsen landed a number of supporting roles in television like Ironside, Gunsmoke, and Julia. She appeared in the Elvis Presley movie The Trouble With Girls (1968) as a squeaky-clean singer in a singing contest. When she was eight years old, she was cast as Cindy on The Brady Bunch. As an adult, she has said that portraying Cindy made friendships difficult for her as a child.

Similarly, she appeared in all Brady Bunch reunion movies with the exception of A Very Brady Christmas (1988), which was filmed when she and her first husband, Steve Ventimiglia were on their honeymoon. In the year 2005, VH1 ranked her No 34 in The 100 Greatest Kid Stars of television and Film.

Likewise, Susan Olsen has appeared in episode 26 of Cartoon Network’s talk show Space Ghost Coast to Coast, “Switcheroo”, with Cassandra Peterson as “Elvira, Mistress of the Dark”. On September 1, 2009, she released the coffee table book Love to Love You Bradys: The Bizarre Story of The Brady Bunch Variety Hour which celebrates the 1976–77 television variety show The Brady Bunch Hour.

Furthermore, in July 2012, Olsen was one of a limited number of artists invited to show in “Art with an Agenda: An Exhibit Inspired by Kelly Thomas”, at the PAS Gallery in Fullerton, California.

She has been nominated to awards like CableACE Awards for Performance in a Comedy Special for 1993 MTV Movie Awards and TV Land Awards for Favorite Singing Siblings for The Brady Bunch.

Similarly, she has won TV Land Awards for Pop Culture Award for The Brady Bunch.

The estimated net worth of Susan is around $2 million. She might earn a huge amount of money from her career. But she has not disclosed her salary and income.

Talking about Susan Olsen’s body measurements, she has a height of 5 feet 4 inches and her weight is around 58kg. Similarly, she has blonde hair and blue color eyes.