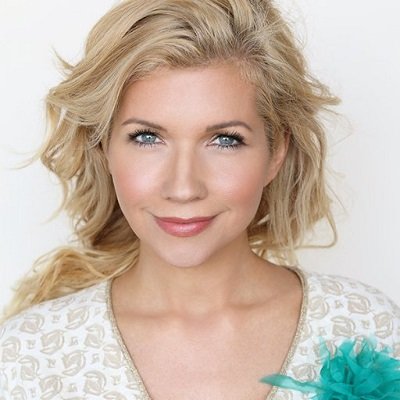 What is the relationship of Susan Yeagley?

Susan Yeagley is married to Kevin Nealon. Her husband, Kevin is an actor and comedian by profession.

The couple got married on the 3rd of September 2005 in Lake Como, Italy. The wedding was attended by only four guests including the actor and producer, Matt Damon.

Who is Susan Yeagley?

Susan Yeagley is an actress. She is renowned as Southern Stepmom of the movie, Blended.

Last, in 2020, she contributed her voice to the character, Betsy Little in the series, Mike Tyson Mysteries.

Susan Yeagley was born on the 27th of February 1972 in Nashville, Tennessee. Her birth name is Susan Melinda Yeagley. She is of German ethnicity with Mayflower descendants.

To date, she has not shared the name of her parents and siblings. However, her mother is a top fertility specialist by profession. Currently, she is practicing in Nashville.

Since her childhood, she had a strong attachment to the entertainment sector. When she became 10 years old, she started acting. At the time, she appeared in the music video of the singer, Amy Grant.

In 1998, Susan Yeagley entered the entertainment industry with the movie, The Thin Pink Line. In the movie, she appeared in a minor character as Chauncey’s New Wife. Following that, she featured in a few TV series like Jesse, Providence, and Woman in some minor characters.

Moving Forward, she featured in the movies like Intolerable Cruelty, The Lucky Ones, Love Shack, Balls to the Wall, Mascots, and Action Point in some minor roles.

Apart from that, she has also been part of short movies like I’m Not Gay, Fishy, and Climate Change Denial Disorder. Besides films, she is a popular face in the TV world too. Some of her TV series along with the year and her character name are-

Recently, she was featured in TV series like Single Parents, Bless the Harts, and Mike Tyson Mysteries.

Talking about net worth, her husband, Kevin Nealon has an estimated net worth of $8.5 million.

Susan Yeagley has blue eyes with blonde hair. She stands at a height of 5 feet 8 inches and weighs around 65 kg.

Till the date, she has not been part of any sort of controversy and scandals that created a buzz in the media. Besides that, she has managed to maintain a distance from any type of rumors linked with him.