Updated On January 29, 2023 | Published By: sanu
Share this
Divorce 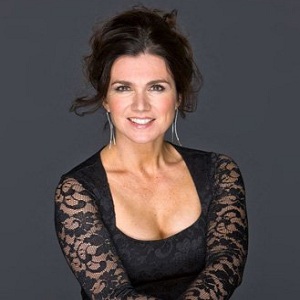 I don't want to upset anybody

You know that feeling when you feel like you need more men telling you how to do your feminism right? No, me neither

Is Sussana Reid Single or Dating?

Sussana Reid lives single now. She was once married to her longtime boyfriend Dominic Cotton in 1998. Dominic is a former sports correspondent.

Despite the couple separating in 2014, they continue to live together under the same roof with their three sons named Finn, Sam, and Jack.

She lives in Lambeth, South London living a happy single life and insists that she is just not ready to date.

Who is Susanna Reid?

Susana Reid is a journalist and presenter from England famous for co-presenting BBC Breakfast from 2003 to 2014.

She lives in Lambeth, South London. She now co-presents Good Morning Britain for ITV with Piers Morgan and Ben Shephard.

Susanna Reid or Sussana Victoria Reid was born on December 10, 1970, in Croydon, Greater London England. She is the youngest of three daughters.

Her parents separated and divorced when she was aged 9. Her father was a management consultant and her mother was a nurse.

Reid’s childhood was a series of ups and downs as she was too young to understand things going around her as to why her parents were separating and why she often changed schools. That’s when as a child she decided to work her way out to the top.

Reid studied Politics, Philosophy, and Law at the University of Bristol from 1989-1992.

She also edited the student newspaper called Epigram at the University of Bristol short-listed in 1991 as “Best Student Newspaper” in The Guardians/NUS student journalism award.

Reid also undertook a postgraduate Diploma in Broadcast Journalism at the Cardiff School of Journalism. In 1982 Reid appeared as an actress in a stage production of Agatha Christie’s Spiderweb.

Susanna Reid kick-started her career with BBC Radio Bristol and then reported and produced Radio 5 Live. She then spent two years as a reporter for BBC News 24.

In the absence of the 23:00 presenter one night, Reid became a stand-in presenter for an hour which later was turned into her permanent position.  At that moment Reid was three months pregnant with her first child. Reid became a reporter for Breakfast News in 1998.

On 3 March 2014, Reid joined ITV  to co-host the show Good Morning Britain alongside Ben Shephard and Piers Morgan every Monday to Thursday from 6:00 a.m. to 8:30 a.m.

It is said that after working with Piers she finally understood the real definition of a love-hate relationship. The trio host the show to this day.

Susanna Reid’s job as an editor for the student newspaper Epigram, while she was studying at the University of Bristol, was shortlisted for Best Student Newspaper in 1991 by The Guardians.

In the Strictly Come Dancing eleventh series  Reid and her dancing partner  Kevin Clifton were runner-ups. She also participated in the Children in Need Special pairing with Robin Windsor and eventually won it in November 2011.

Reid won the Newsreader of the Year award at the Television and Radio Industries Club in 2014 and 2015.

Susanna Reid: Salary and Net Worth

Susanna Reid was rumored to have dated a few after she separated from Dominic Cotton in 2014. Names like Charlie Stayt and Piers Morgan have been attached with Reid’s but no authentic comments were Reid to date.

Her controversial wish to stay unmarried for the rest of her life became a hot topic in 2017 and continues to attract paparazzi this year as well.

She has brown eyes. Details on her body measurements and vital statistics are unknown.

Also get to know more about the birth facts, education, career, net worth, rumors, height, and social media of different personalities like Adam Fleming (Journalist), Andrew Marr, and Carolina Sandoval.