Sutton Stracke is an American businesswoman and reality TV star. She is best known for her appearance in the reality TV series, 'The Real Housewives of Beverly Hills'. She is currently in a relationship. 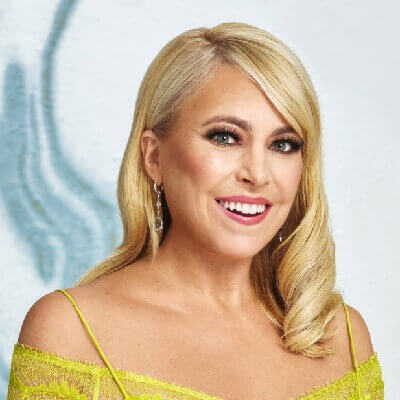 Sutton Stracke is currently in a relationship. She is reportedly dating Michael Mahoney. He is a real estate agent and the couple met online.

Previously, she was previously married to Thibeault “Christian” Stracke. He is the global head of credit research for PIMCO, a global fixed-income fund-management company. They met at Davidson Fine Arts High School in Augusta where they both used to study.

The couple exchanged wedding vows on May 13, 2000. From their marriage, they have three children: daughter Porter, and sons James and Philip Stracke. Unfortunately, after being married for 16 years, they got divorced in September of 2016. They share the custody of their three children.

Who is Sutton Stracke?

Sutton Stracke is an American businesswoman and reality TV star. She is best known for her appearance in the reality TV series, ‘The Real Housewives of Beverly Hills’.

Sutton Stracke was born in Augusta, Georgia, the United States on September 21, 1970. She was born with the birth name Sutton Thurman Stracke. As of 2020, her age is 49. Stracke has not revealed much about her early life and family background. There is no information about her parents. Similarly, she has not revealed anything about her siblings and other family members.

She moved to New York in her 20s to pursue a career in ballet as she wanted to become a ballet dancer when she was young. In addition to this, she was also interested in arts since her childhood days. Her ethnicity is Caucasian.

Talking about her educational background, she went to Davidson Fine Arts High School. After graduating from high school, she attended the University of Chicago.

Sutton Stracke started her career initially as a ballet dancer in her 20s. After her ballet career ended, she became the Director of Development at the Cunningham Dance Foundation. Moreover, she worked as the Augusta Ballet’s Executive Director.

Sutton made her debut in television with her appearance in season 10 of the popular Bravo TV reality show, ‘Real Housewives of Beverly Hills’ which premiered on April 15, 2020. She was cast as a major cast member but now is in a part-time role as Lisa Rinna’s friend. Her absence in the RHOBH Season 10 trailer was a controversial story.

The Real Housewives of Beverly Hills is an American reality TV series that premiered on October 14, 2010, on Bravo TV. It was developed as the sixth installment of The Real Housewives franchise and has aired ten seasons. The current cast consists of Lisa Rinna, Kyle Richards, Erika Girardi, Teddi Mellencamp Arroyave, Dorit Kemsley, Denise Richards, and Garcelle Beauvais.

Currently, she serves as the board member of the American Ballet Theatre and is also a sponsor for many years. In 2018, she supported The Ratmansky Project. A year before that, Stracke was named a Top Party Host in America alongside Oprah Winfrey and First Lady Michelle Obama.

In 2019, she opened a boutique in West Hollywood Beverly Hills named ‘SUTTON’ which offers clothing, art, furniture, and decorative furniture.

How much is Sutton Stracke’s Net Worth?

Sutton Strake has an estimated net worth of around $2 million. Her ex-husband, Christian Stracke is the global head of credit research for PIMCO, a global fixed-income fund-management company. A credit research analyst, who reports to Christian can make close to $200k a year.

She also owns a sprawling mansion in Bel Air. Moreover, she has launched her own boutique named Sutton.

Stracke was set to be the next housewife but was demoted to just a friend. This decision was a controversial one for the fans and they wanted to know the real reason behind it.

RHOBH introduced fans to Stracke during the dinner party from hell when she openly picked on Teddi Mellencamp for being boring. She originally started as a full-time housewife but has been demoted to a friend. After fans’ curiosity, she has decided to open up as to the reasons behind her demotion. While speaking to Reality Life with Kate Casey she explained that her ex-husband, Christian Stracke became involved and did not like the idea of their three children being filmed for the show.

You may also like to read the Bio, Career, Net Worth, Relationships, and more about Teddi Mellencamp Arroyave, Dorit Kemsley, Denise Richards, and more.