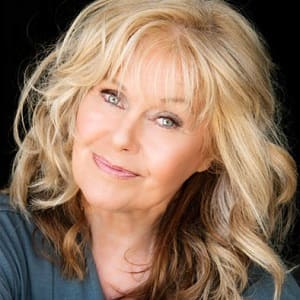 [Elvis Presley]'s kisses held an intensity that melted my very being. I slipped my arms around his neck and our bodies entwined. This was all madness, but we didn't stop. A person could go to the gallows with such a kiss lingering on their lips, knowing life had been good.

Suzanna Leigh dated Richard Harris, Steve McQueen, and Michael Caine. She was not married to anyone when she was alive. Additionally, there are no records available about her past relationships at present. She has a daughter named Natalia Leigh Denny.

Who was Suzanna Leigh?

Suzanna Leigh was a British actress. People mostly know her for her film and television roles in the 1960s and 1970s. She appeared in movies and television series including ‘Grace of the Father’, ‘Docteur Caraïbes’, and ‘The Persuaders!’ among others.

Leigh was born in Berkshire, the United Kingdom as Sandra Anne Eleen Smith on July 26, 1945. She became interested in the world of acting since her childhood years and began working in movies while still a pre-teen. Leigh was of British nationality. Furthermore, there are no details available about her ethnic background at present. She was the daughter of an auto engine manufacturer.

Talking about her education, Leigh attended convent schools outside London.

Leigh initially had an uncredited minor role in the movie ‘The Silken Affair.’ Additionally, in 1957, Suzanna appeared in ‘Thunder Over Tangier.’ Leigh was an extra in the movie ‘Tom Thumb’ in 1958. In 1960, she had a minor role in ‘Oscar Wilde.’ Since then, she appeared in numerous other movies and television series. All in all, she had over 25 credits as an actress.

Some other movies and television series that Leigh had appeared in are ‘Grace of the Father’, ‘The Chiffy Kids’, ‘Son of Dracula’, ‘Docteur Caraïbes’, ‘Beware My Brethren’, ‘The Persuaders!’, ‘Lust for a Vampire’, ‘ITV Playhouse’, ‘Docteur Caraïbes’, ‘Subterfuge’, ‘Journey to the Unknown’, ‘The Lost Continent’, ‘Deadlier Than the Male’, ‘Trois étoiles en Touraine’, ‘The Deadly Bees’, ‘The Wednesday Play’, ‘Paradise, Hawaiian Style’, ‘Boeing, Boeing’, ‘The Pleasure Girls’, ‘The Saint’, ‘The Sentimental Agent’, and ‘Bomb in the High Street’ among others. After she was diagnosed with stage-four liver cancer, Suzanna died in December 2017 in Winter Garden, Florida.  Apart from her career in the show business, she also wrote the autobiography ‘Paradise, Suzanna Style.’

There is no information about what Leigh’s net worth was when she was alive.

Leigh’s comments regarding her close friend Elvis Presley’s death became controversial for many. Suzanna believed that Elvis had been murdered.

Talking about her body measurement, Leigh had a height of 5 feet 5 inches (1.65 m). Additionally, her hair color was blonde and her eye color was blue.

Leigh was active on Facebook. She currently has over 3k followers there.