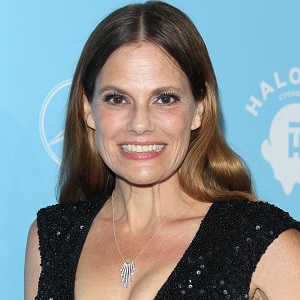 Suzzane Cryer married to Gregory Luke in 2000. The couple has been married for the past 18 years. Suzanne Cryer has three children. She lives in Los Angeles, California with her three kids and her husband and enjoying her marriage life to its fullest.

Who is Suzanne Cryer?

Suzanne Rossell Cryer is an actress. She is from Rochester, New York, and famous for her works in ABC sitcom called Two Guys and a Girl, and the HBO original series Silicon Valley. She portrayed as Ashley in the ABC sitcom and as Laurie Bream in Silicon Valley.

Suzanne Cryer was born on January 13, 1967. Her birthplace is Rochester, New York. She was raised in the same city. Her full name is Suzanne Rossell Cryer. Information on her parents and siblings are unknown.

Suzanne Cryer’s career in the showbiz started soon after her graduation. Initially, she appeared as a stage performer. She acted in The Rivals at Hartford Stage and Don Juan at  Baltimore Center Stage. She then started making brief guest appearances on TV series like Seinfeld, Law, and Order, Wag the Dog, Caroline in the City, Desperate Housewives, and numerous other series.

Suzanne Cryer was critically acclaimed for her performance in the two-person play called Collected Stories. She is one of the casts in the HBO original comedy series Silicon Valley. The series has won a remarkable number of awards including Critics’ Choice Television Award for Best Comedy Series (2014 and 2016), Critics’ Choice Television Award for Best Supporting Actor in a Comedy Series, Satellite Award for Best Television Series – Musical or Comedy, Primetime Emmy Award for Outstanding Production Design for a Narrative Program (Half-Hour or Less) and many more.

Suzanne Cryer: Salary and Net Worth

Suzanne Cryer’s salary details and net worth is currently under review and will be updated shortly.

There are no such known rumors and controversy regarding Suzanne Cryer’s reel life and real life.

Suzanne Cryer is five feet and six inches tall. She weighs 59 kilos. The color of her hair is brown. Her eyes too are brown. Information on her vital stats is unknown.