Who is Suzanne Malveaux girlfriend?

She is in an open relationship with Karine Jean-Pierre, an American political campaign, and political commentator. They are in a healthy relationship.

Even more, they have adopted a daughter named Soleil Malveaux Jean-Pierre. 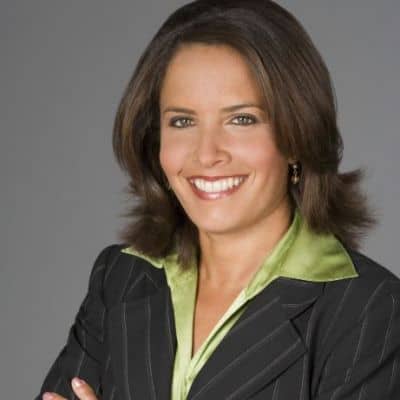 Who is Suzanne Malveaux?

Suzanne Malveaux is a famous American Television personality and news journalist. She is the co-anchor of CNN’s international news program Around The World and editions of CNN Newsroom.

She is an award-winning journalist who serves as the network’s national correspondent, covering politics, national news, international events, and culture. Furthermore, Malveaux is an honorary member of Alpha Kappa Alpha sorority.

Suzanne Malveaux was born in Lansing, Michigan, the U.S on December 4, 1966. As of 2022, she is 55 years old. she holds an American national identity and ethnicity of European-American.

According to the astrologist’s birth chart, her zodiac sign is Sagittarius.

Her mother, Myrna Maria Ruiz, is a former retired schoolteacher. Her mother is living with a special condition called Lou Gehrig’s disease.

Along with that, Suzanne Malveaux has three siblings. Suzette M. Malveaux is a professor at the Columbus School of Law at the Catholic University of America.

Courtney M. Malveaux a Chairman of the Richmond Republican Committee. Gregory Malveaux, a professor of English at Montgomery College.

During a writing semester, senior thesis-based she spent at Howard University. She was one year junior to future CNN reporter Soledad O’Brien.

In addition, in 1991 She graduated with a master’s degree in broadcasting from the Columbia University Graduate School of Journalism.

Malveaux’s debut television job was with New England Cable News as a general assignment reporter in Boston, from 1992 to 1996.

Later on, from 1996-to 1999 worked for NBC affiliate WRC-TV as a self-described “rock-and-roll” reporter reporting local and crime news in Washington, D.C.

In 1999, Malveaux Meet The Press host Tim Russert compelled Malveaux to join NBC News. For more than three years first reported in Washington, including as a Pentagon correspondent, then in Chicago.

Moreover, She covered all national and international stories such as Bill Clinton’s impeachment, Elián González, the Kosovo War, the 2000 Presidential Election, the 9/11 attacks, and the 2001 war in Afghanistan.

In August 2007, Malveaux was the moderator of the thirty-first annual convention of the National Association of Black Journalists along with that, Suzanne is a member of various panels at previous conventions of the NABJ.

In 2008, Malveaux anchored a 90-minute documentary on then-Senator Barack Obama as a part of a two-part series on general election presidential candidates in honor of the Democratic and Republican national conventions.

Later on, Malveaux expanded her White House reporting by serving as the primary substitute anchor for The Situation Room with Wolf Blitzer. It was aired on CNN every weekend a two-hour-long program.

Sadly, in 2014, Malveaux’s show Around the World was canceled, which allowed her to return to Washington, D.C. to better care for her mother.

Malveaux is the first lady on a goodwill trip to the Middle East. After an interview, Her coverage of presidential trips has taken her to Europe, the Balkans, Southeast Asia, Africa, Australia, Latin America, and the Middle East.

Being an Anchore, her net worth is approximately $3million-$5million.

Further, her annual salary and weekly earnings are missing.

Owing to her long anchoring professional career, Suzanne Malveaux has not indulged in any part of controversy yet.

She has maintained a clean image and low profile. Moreover, there is no record of Suzanne Malveaux being involved in any rumors and buzzes.

Suzanne Malveaux is a pretty lady, whose height stands at 5 feet 6 inches and weight of 58kg. Along with that, her body measurement is 34-24-35 with a bra size of 32A.

She has pretty blue eyes with dark brown short hair.