Suzette Snider’s relationship at present is married. She exchanged vows with Dee Snider on 23 Oct 1981. Her husband is an actor plus singer.

They are blessed with four children, three sons, and a daughter. Their first child Jesse Blaze Snider was born in Sep 1982.

Then they welcomed Shane Snider and Cody Blue Snider in 1988 and 1989 respectively. Their daughter Cheyenne Snider came into the world in Oct 1996. 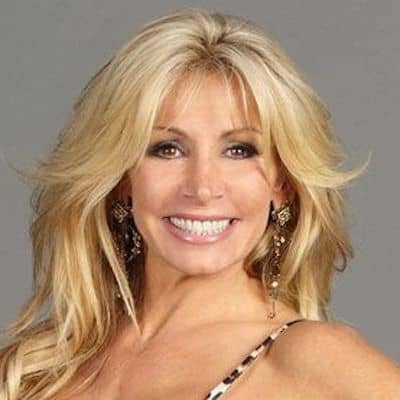 Who is Suzette Snider?

In addition, she got famous for being the better half of popular actor/singer, Dee Snider. He is also a musician, radio personality, plus songwriter.

Her birthdate is 16 Sep 1960 and he was born in Long Island, New York, USA. The identities of her father and her mother are unknown.

Suzette’s ancestry is Caucasian and had a brother Vincent Gargiulo. He was murdered in Aug 2003 by the person from whom he was extorting money.

As per the academics, she has not disclosed the information related to it.

Suzette Snider as a designer has designed clothes for Fool’s Day, a short video of 2013, and in three episodes of The Howard Stern Show in 1987.

She also worked in the Makeup department for the same projects plus Behind the Scene (2011). Moreover, Snider participated in game shows like Celebrity Family Feud in 2021.

As for herself, she appeared in We Are Twisted Fucking Sister! (Documentary), Celebrity Wife Swap (TV Series), Party Planner with David Tutera (TV Series), etc.

As per the reports of 2021, she collected a net worth of around $500k US. Her yearly salary from her career is under the rug.

But her spouse, Dee has assets of $7 million at present. They also own a vacation house in the Caribbean.

This makeup star is keeping herself away from rumors and desperate scandals.

Suzette Snider’s height and body weight are average. Similarly, she has hazel eyes plus her hair color is blonde.