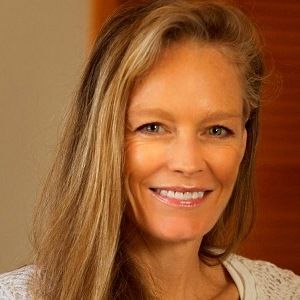 It would have been very easy for me to put on a little tight skirt and go out and try what I always call the 'Barbie doll' roles.

I tend to wear monochromatic outfits - all one color from head to toe.

My personal style has developed from growing up in Oklahoma, middle America, where I was wearing jeans and cowboy boots and where people were not running around in miniskirts.

What is the relationship of Suzy Amis?

Suzy Amis married American actor Sam Robards on May 17, 1986. The couple has a son, Jasper. The couple eventually divorced after eight years of marriage.

Then, she married the famous American filmmaker James Cameron on June 4, 2000. The couple has three children, Claire, James, and Elizabeth.

Who is Suzy Amis?

Suzy Amis is a former actress, an environmental advocate, and a former model. Likely, she made her film debut at the age of 23, playing a supporting role in the comedy film ‘Fandango‘.

Suzy Amis was born in Oklahoma City, Oklahoma, the United States on January 5, 1962. His birth name is Susan Elizabeth Amis and she is currently 60 years old.

Her father’s name is Dave Amis was the owner of the Amis Construction Company and Downtown Airpark located in Oklahoma City. However, not much is known about her mother and childhood.

Talking about Suzy’s education history, there is no information about her educational achievements.

Suzy Amis initially worked as a Ford model before making her film debut in the 1985 comedy film ‘Fandango’, directed by Kevin Reynolds. The film was a commercial failure. However, Amis was appreciated by the audience and critics. She then played the main role in the 1988 drama film ‘Rocket Gibraltar’, which dealt with the personal life of a retired Hollywood screenwriter.

Directed by Bryan Singer, the film is remembered for having one of the most celebrated plot twists in the history of world cinema.

Over the years, she acted in films such as ‘One Good Turn’ (1996) and ‘The Ex’ (1997). Amis played a supporting role in James Cameron’s ‘Titanic’ in 1997, which can be considered the most significant work of her career. One of the most famous films in the history of world cinema, the film was also a monumental success commercially.

After the success of ‘Titanic’, Amis appeared in a few films such as ‘Last Stand at Saber River and ‘Firestorm’. In the year 1999, she played a supporting role in the sci-fi action film ‘Judgment Day’, after which she put an end to her acting career.

Her role in the 1997 blockbuster ‘Titanic’ earned her a nomination for ‘Screen Actors Guild Award for Outstanding Performance by a Cast in a Motion Picture.

How much is the net worth of Suzy Amis?

She has an estimated net worth of around $5.5 million (as per 2022 data) and she has earned that sum of money from her professional career.

However, her popular filmmaker husband has a whopping amount of net worth of $700 million.

Till the date, she has not been part of controversy and rumor. She is maintaining her personal life properly. She is far from rumors and controversies.

Suzy’s hair color is brown and her eye color is blonde. Furthermore, her dress size is 8 (US) and her shoe size is 12 (US).