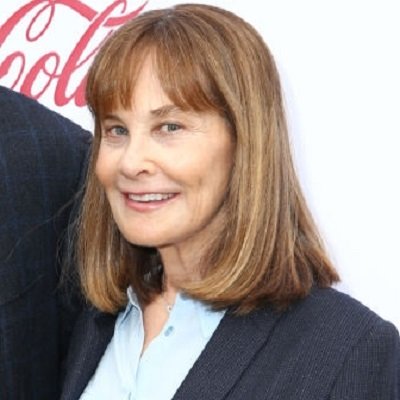 The wedding took place back on the 6th of May 1973 at the Beverly Hills Hotel following the Jewish rituals. They started dating in 1972 after his Olympics.

Together, they welcomed their first son, Matthew in October 1981. Later, in September 1991, they brought brother for Matthew and named him Justin. Justin is also a professional swimmer too.

As of now, Suzy resides in Los Angeles, California along with his husband, Mark.

Who is Suzy Spitz?

American Suzy Spitz is a former theatre artist and model. Spitz is renowned as the wife of the 9X Olympic championship winner swimmer, Mark Spitz.

Suzy Spitz was born as Susan Ellen Weiner in the United States. She is of Germanic ethnicity.

Her father is a businessman by profession. To date, she has not revealed details of her father, mother, and siblings.

Talking about her education, she attended the University of California in Los Angeles to study theatre.

Suzy Spitz used to be a part-time model. Also, she was a theater artist and actress too.

Besides that, she has appeared in other TV series including The Mike Douglas Show, The Tonight Show Starring Johnny Carson, and V.I.P.-Schaukel.

However, in the current days, she has not engaged with the profession anymore.

To date, she has not revealed any details of her net worth.

However, Suzy’s husband, Mark Spitz has an estimated net worth of $20 million. Back in 1972, he went for several endorsements with the various corporate companies and earned $7 million within the two years. Moving forward, he established a real estate company in Beverly Hills.

To date, she has not been surrounded by any sort of controversy that created a buzz in the media. Similarly, there are not any rumors surrounding her.

However, it is not true for Suzy’s husband, Mark who was once accused of the product placement back in 1972 during the medal ceremony of the Olympics game. However, IOC cleared his name for any sort of wrongdoing.

At the time, he went for receiving his gold medal for 200m freestyle carrying his shoes. After that, he dropped his shoes as the American national anthem, The Star-Spangled Banner was played. After the anthem, he picked his shoes and wave to the crowd. The act was seen as the product placement by the soviet team.

Suzy Spitz is a blue-eyed blonde. Details about her height and weight are not available at the moment.