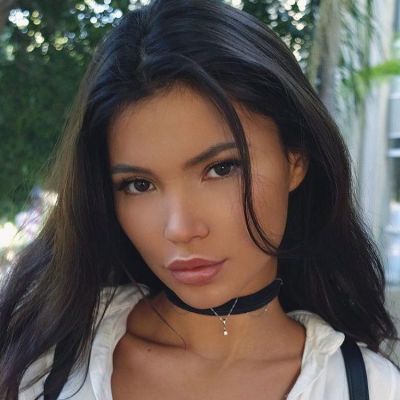 What is Svetlana Bilyalova's relationship status?

Svetlana Bilyalova is currently single as per the sources.

In 2020, she came to the limelight after her sex videotape with Jay Alvarreze was leaked in the podcast. However, no fact info about their relationship is revealed to the media.

Svetlana Bilyalova is a Los Angeles-based Russian model and socialite. She is an Instagram celebrity, famous for uploading photos of herself as well as comic videos.

She is famous for performing with other know personalities like Future and The Weeknd in the music video of the Low Life.

How old is Svetlana Bilyalova?

Svetlana Bilyalova was born in Moscow, Russia on January 13, 1992. Currently, she is 30 years old and holds Russian nationality. Her ethnicity is Caucasian and Capricorn is her birth zodiac sign.

Moving on, the star has not opened up about her parents and sibling details yet. However, it has known that she has two sisters named Diana Melyson and Anna Bilyalova.

She attended one of the high schools in her hometown and attended People’s Friendship University. Later, she went to the US to give her dreams a wing furthermore.

After moving to the USA, Svetlana Bilyalova gained fame with her looping videos. She posted funny videos which were able to earn a sizable fan base. Then, she appeared on an Instagram account in January 2013 under the username @svetabily.

She then created her Twitter account and started to post on it. She started to gain national as well as international fame for her occasional comic video and selfies. She then was featured in Sports Illustrated.

Moreover, she got a chance to be part of the music video of the Low Life featured by the Weeknd. Besides her first Instagram account with the username ‘@svetabily’, she also has her second account under the username, @bilyalova_sveta’.

She is the founder of the website and page where T-shirts and hoodies of her designs are sold. The clothes are mostly black, and simple.

The net worth of this fitness freak Svetlana Bilyalova is estimated to be between 1 to 5 million USD. There are various sources of her income but her exact salary and income are not revealed to the media.

Is Svetlana Bilyalova involved in any rumors and controversies?

Svetlana Bilyalova shines on the internet after posting her raunchy photos where she was seen showing her amazing body and figure. After this, she received negative attention and comments and some of her fans compared her old photos with the present ones showing the disparities.

She was rumored to be doing some plastic surgeries changing some of the body parts’ structure or appearances. Even it is shared that she has a different shape of her nose with fuller lips and changed bust and body shapes.

Svetlana Bilyalova has a slim and hot body. She is 5 feet 8 inches tall in height and weighs around 56 kg. Moreover, her body dimensions are 24 inches waist, 34 inches bust, and hip sizes. Her shoe size is 6 (US).

Moving on, she has a beautiful face with pair of Hazel eyes and black color hair.

Moreover, there is an official Facebook page under her name which is enriched with 31K followers. On the other hand, 251.8K people follow her Tiktok account, and have a Youtube Channel with 22.5K subscribers.