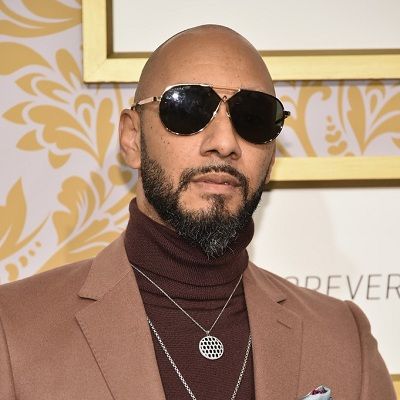 There's no wrong way of doing art. It's an expression of the individual

When I was growing up, there were so many things I thought were stylish. Jabo jeans, V Bombers, Clarks, Vikings, Nugget watches, Lee pants with the patches, leather hats - which I still wear now. All hip-hop stuff, all South Bronx stuff

You have to invest in yourself and your surroundings.

Swizz Beatz was married to Ameican singer/songwriter, Mashonda Tifrere in 2004 after dating for 6 years. Unfortunately, they got divorced in April 2008. They had a son together.

He had affair with UK singer/songwriter and producer Jahna Sebastian, with whom he had another child.

Swizz and Alicia Keys were confirmed to be dating for a year in May 2009. They got married on July 31, 2010. They together have two children named Egypt Daoud Dean and Genesis Ali Dean.

Who is Swizz Beatz?

He began his career Disc Jockey (D.J,) and later he added rapper, producer, record executive, creative director, and fashion designer to his professions. He received recognition at the early age of 16.

Swizz Beatz was born as Kasseem Dean in The Bronx, New York City, New York. After his parents got divorced, Dean lost in touch with his postal worker father. He was raised by his mother in the North East Bronx.

He was involved in the violent behavior at Harry S. Truman High School multiple times, so he started to work for his uncles, Joaquin and Darrin Dean, co-CEOs of Ruff Ryders record label. He began deejaying in his teens when he was provided with necessary equipment from his stepfather and uncles.

Swizz began producing tracks at 16 years of age using the Korg Trinity and Triton keyboards with the help of his uncles and aunt who were all involved with the Ruff Ryders Entertainment. He sold his first beat after a year to Ruff Ryders’ artist DMX, which became his chart-topping single “Ruff Ryders’ Anthem“. He began producing beats for singers like Noreaga, Jay-Z, and many more.

Swizz produced most of the songs on the Ruff Ryders compilation album Ryde or Die Vol. 1 and Eve’s debut album next year. Later, he established his own record label, Full Surface Records in 2001 with a joint venture of Clive Davis. He got recognition for his production style and ideas after he released his first compilation album Swizz Beatz Presents G.H.E.T.T.O. Stories in 2002.

Two singles, “Guilty” and “Bigger Business”, released the same year got a place on the Billboard Hot R&B/Hip-Hop Songs chart. His career largely grew when he expanded his scope by including artists from more mainstream labels. He released his solo debut album, One Man Band Man on August 21, 2007, with lead singles, “It’s Me Bitches” and “Money in the Bank”, which sold 45,000 copies in a week.

In 2009, he released some songs and produced a number of songs for Ludacris, Whitney Houston, and many more. He was among the 81 artists to debut We Are the World 25 for Haiti during opening ceremonies of Winter Olympics in Vancouver in 2010.

He received his first Grammy Award in 2011 in the category of Best Rap Performance Duo for the track “On to the Next One” with rapper Jay-Z. On March 28, 2011, Swizz Beatz released his second album, Haute Living under his legal contract with Everest Entertainment/Warner Music Group, who was signed in August 2010.

Along with rapping and producing, he also designs clothes, shoes, arts, and promotes a band. He earns $65 million per year and his net worth $70 million.

Swizz Beatz has a height of 6 feet 1 inch and his weight is unknown. His hair color is black and eye color is dark brown. His shoe size is unknown.