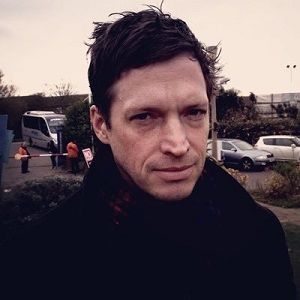 Syd Buttler is a married man to Amy Carlson on 22nd May 2004. She is a famous American actress known for her roles in A Bread Factory, Part One, Blue Bloods, and Sight Unseen. They met each other while attending a Saturday Night Live party in 1997.

Likewise, they are blessed with two children. One of which is a daughter named Nigel Butler born in October 2006 and another is a son Nigel Butler who was born in August 2009. They are together with each for more than 15 years and there is still no signs of divorce between them. As they are a happy couple enjoying their happy life.

Who is Syd Butler?

Syd Butler is a guitarist and bass player. He plays for the band Les Savy Fav and is the owner plus founder of Frenchkiss Records.

Syd Butler was born on 15th August 1972 in Memphis, Tennessee. He grew up in Washington D.C. He was the son of Syd Butler and Kay Butler. Also, his siblings are Katherine Kendall, Mallory Butler, and Shane Butler.

Talking about his education, he attended the Rhode Island School of Design. He was studying film and video where he formed the band Les Savy Fav alongside his mates. After garnering fan following, they started touring as well as playing shows.

He has formed a band with his friends called Les Savy Fav. The band attracted a huge following after their live shows. He started performing and touring across US and Europe with his band. Similarly, he started Frenchkiss in August 1999 from an office in the Meatpacking of NYC.

The first purpose was to release Les Savy Fav’s second full-length album The Cat and the Cobra. His show Frenchkiss was responsible for discovering and signing a wide array of bands. Those bands were The Hold Steady, Local Natives, the Dodos, Bloc Party, and Passion Pit.

Similarly, he has performed in various side musical projects like Juiced Elfers with Nicholas Thorburn. In the year 2012, he announced the EP, I Love The Holidays song would be out via Frenchkiss. He has also been the guest celebrity on National Hockey League.

Likewise, in order to launch FKR.TV, he partnered with actor-comedian David Cross and with The Orchard Video Network. Furthermore, he was chosen as the bassist for the Late Night with Seth Meyers house band led by Fred Armisen.

Syd Butler has not won any awards. He has not been nominated for any awards yet.

He might have earned a huge amount of money from his career and his net worth is around $400 thousand. But there is no information about his other incomes. However, his wife Amy has the net worth of $5 million dollars.

His band song The Sweat Descends was used for the commercial of the Fire Breather movie in Cartoon Network. After that, there were several rumors about the band members parting ways. But it was just a rumor as they returned to play at the All Tomorrow’s Parties festival which was held in May 2007.

Talking about the body measurements of Syd Butler, he has a decent height and great physique. But, there is no information about his height and weight. He has brown hair and hazel color eyes.