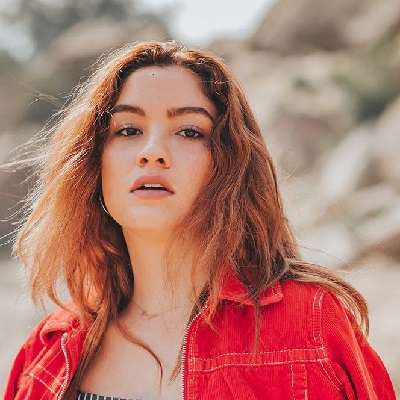 Sydney Agudong’s current relationship status is possibly single. To date, she has not introduced anybody as her boyfriend or lover.

American Sydney Agudong is an actress, singer, and songwriter. She is renowned as the elder sister of the actress, Siena Agudong.

Next, she will make her appearance in the movie, West Michigan as Jasmine. Currently, the movie is completed as waiting for its release date.

Next, she will make her appearance in the short, Turning the Tide as Skylar. The movie is in the stage of post-production.

Sydney Agudong was born on 13th November 2000 on the island of Kaua’i, Hawaii, United States. She is of British-Irish ethnicity with Hawaiian and Filipino ancestry.

She is the eldest child to her parents; Karen (mother) and Kenny Agudong (father).

Her younger sister, Siena Agudong is a professional TV actress. She is popular as Reina of Upside-Down Magic and Nick of No Good Nick. Both sisters were raised together.

Her younger sister attended the King Kaumuali‘i Elementary School and Island School. Later, she switched to an online school due to her acting career. Whereas details regarding Sydney’s academics are not available.

Since childhood, she has a great sense of affection towards performing especially with the music industry. As a music artist, she performed at various stages.

In the year 2013, she showcases her talent as a singer through YouTube. Moving forwards, she started uploading the cover song of the various singer on her YouTube channel.

On the way to pursue her career in the entertainment industry, she moved to Los Angeles. In 2020, she made her appearance in the movie, West Michigan as Jasmine.

Currently, she is a songwriter and music producer of FR8 train music.

Sydney Agudong has brown eyes with brunette hair. She stands at a height of 5 feet 4 inches and weighs around 54 kg.

To date, she has not been involved in any sort of controversy and scandals that created headlines in the media. Besides that, she has managed to maintain distance from any type of rumors.

She also has a self-titled YouTube channel with 180 subscribers with 6.4k views.