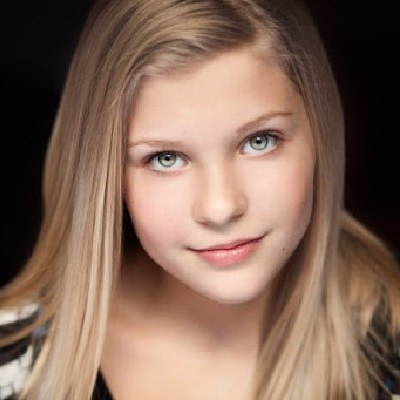 Sydney Imbeau’s current relationship is possibly single. Till the date, she has not introduced anybody as her husband, boyfriend, or lover.

Till the date, she has not shared any details on her previous relationship of any dating history.

Who is Sydney Imbeau?

Canadian Sydney Imbeau is an actress and voice artist. She is renowned as Maddy Cooper of the TV series, Really Me and Claire of Supernatural.

Sydney Imbeau was born on the 1st of May 1996 in Vernon, Canada. She is of British-Irish ethnicity. As of August 2020, she is 24 years old. Also, her zodiac sign is Taurus.

Till the date, she has not shared any details on her mother, and father. However, she happens to the third child to her parents. She has three siblings including two elder sisters and a brother.

Details about her academics are not available.

Sydney Imbeau entered the entertainment industry by following one for her elder sisters who wanted to build her career in the field. At the time, she was just nine years old. After that, she featured in the various commercial ads campaigns. Such commercials include Holly Hobbie, Polly Pocket, Dannon Yogurt, and Barbie.

In 2009, she made her YV debut with the epic dark fantasy series, Supernatural. In the show, she appeared as Claire Novak (a.ka Castiel). However, her appearance in the series was limited to a single episode only. Following the series, she featured the movie, Marmaduke as a little girl.

Later, in 2011, she appeared in the American Sitcom, Really Me as a lead character of Maddy. In the series, she is portraying the character of an average teenage optimistic girl who won a reality TV contest who wants to date a cute guy and have a lot of funs. The show took her to the peak point of her acting career.

After a long break from her acting career, she made come back in 2019 as a voice artist. Last, she contributed her voice to the series, Abby Hatcher as Fifi.

As of 2020, she has an estimated net worth of $500 Thousand. Her earnings as an actress are in the range of $21k to $215k. Apart from that, she also makes through the ads campaigns.

Sydney Imbeau has blue eyes with blonde hair. Her height is 5 feet 4 inches and has a decent weight.

Till the date, she has not been involved in any sort of controversy and scandals that created a buzz in the media. Also, she has managed a distance from any type of rumors.

Through her Instagram account, she raises funds for community services. Such causes include racial justice, LGBTQ, and many more.