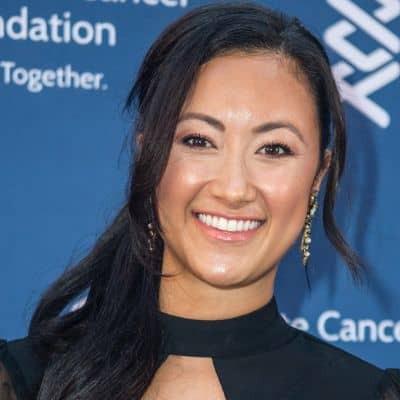 Talking about her relationship details, Sydney Lotuaco is presently engaged to her longtime partner, Nick Wehby. Sydney often posts their happy moments on her Instagram accounts.

Other than that, she has been secretive towards her relationship details and private life. She has kept her personal profile low-key.

Sydney Lotuaco is a well-recognized American actress and reality star. Lotuaco is widely famed for her appearance in the 23rd season of The Bachelor.

Moreover, she also made her appearance in the 2019 season of Bachelor in Paradise.

Sydney Lotuaco was born on 2 July 1991. At present, she is 30 years young star. Likewise, her birthplace is Virginia Beach, Virginia, the USA.

Not much is known about her father and mother’s details, Sydney has been secretive towards her family details. Moreover, she has a brother whose identity is still unknown.

Talking about her nationality, Lotuaco holds an American identity whereas her ethnicity is South Asian, European.

Sydney began her career as an NBA Dancer. She began dancing at an age of three years old and professionally focused on her dancing career after her graduation. The star danced for the New York Knicks and her fresh clicks with the Knicks City Dancers was in June 2018 during her 3rd season with the team.

Moreover, Lotuaco gained huge attention after she appeared in The Bachelor. She was one of the 30 women who were trying to get the heart of Colton Underwood. On the first night of the show, Sydney presented herself in a black gown that hugged her toned physique.

Sydney, however, quit the show because her bonding with Colton Underwood was not progressing. The star also participated in the sixth season of Bachelor in Paradise in 2019. She featured alongside Tayshia Adams, Hannah Godwin, Caelynn Miller, and Kristina Schulman.

Presently, she is working as a teacher in Physics 57 in New York City.

A famed American star, Lotuaco has earned a handsome amount of money from her profession. She lives a lavish lifestyle along with her family.

It is reported that Sydney Lotuaco has an estimated net worth of $500k-$1million.

Sydney has never been part of any controversial matter or rumors till now. The star has been preoccupied with her professional and private life.

It seems that Lotuaco prefers enjoying her personal life and does not want to merge it with her professional life.

30 years young star, Sydney has beautiful looks and an admirable personality. She stands at a height of 5feet 8inches. Also, she has a balanced body weight of 58 kg.

Furthermore, Lotuaco has dark brown eyes whereas her hair is brown.

Regarding her social media presence, Sydney Lotuaco is an active personality on social media. Sydney has more than 134k followers on her official Instagram account @sydneylotuaco.

She is also active on Twitter with around 23.9k followers.

Moreover, Lotuaco is also available on Facebook at the moment.