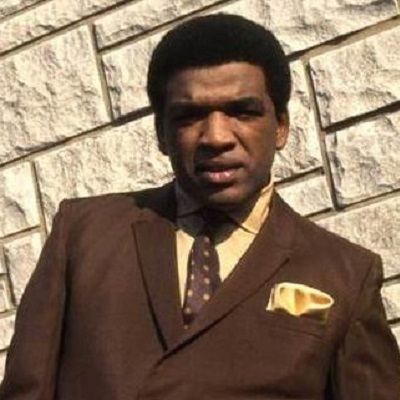 He was previously married to Brenda Thompson. They first met in Chicago at a concert where Syl was performing. At the time, Brenda was only 18 years old.

After that, they started dating each other and got married. However, his married life is behind the curtain. Later, he got divorced in the early ’90s.

His ex-wife, Brenda happens to be the first black female police Commissioner in history. Together, they have three children Syleecia, Sylette, and Syleena. Her youngest daughter is a singer and songwriter whereas Syleecia is an entertainment manager by profession.

Who is Syl Johnson?

American Syl Johnson is a veteran singer and record producer. He is renowned for Blues & Souls music genres.

Syl Johnson was born as Sylvester Thompson on the 1st of July 1936 in Holly Springs, Mississippi. Till the date, he has not named his father and mother. However, his parents were farmers by profession. Also, his father used to play the harmonica.

He has six siblings including his brothers, Jimmy & Mack. They are of British-Scottish ethnicity. His father moved to Chicago in the search of works. At the time, he was only around 10 years.

Three years later, He and his brother, Mack came to Chicago where he found blues guitarist Samuel Maghett (a.k.a Magic Sam). With them, he started his musical journey with a small band. At the time, Sam’s Uncle, Shakey Jake was an established guitar player.

After forming the band, Syl Johnson started performing and within time, he became one of the demanding studio guitarists and played for Vee-Jay Records. Later, in 1959, he made his solo debut with the recording label, Federal.

Later in the ’60s, he joined Twinight Records and gave the hit, Come On Sock It to Me. During the same time, he took over the label as a hitmaker and producer.

In the ’70s, he joined Hi Records and recorded three albums and the numbers of singles. His album, Take Me to the River peaked at the 26th position in the US Billboard. After leaving the Hi Records, he joined started producing songs under his own recording label.

In the mid-’80s, he took retirement from the music industry and explored the business world with his seafood restaurants and real estate. However, in 1994 various rappers sampled his song, Different Strokes.

After that, he made his comeback in the music industry and released albums like Back In The Game, Complete Mythology, and All Stripes of R & B, Vol 24.

Apart from that, as a record producer, he makes in the range of $200k yearly.

Syl Johnson has black eyes with black hair. He has a decent height and weight. However, his body stats are not available.

As of now, he has managed to be far from any sort of controversy that created a buzz in the media. Similarly, there are no rumors linked with him.