Updated On October 12, 2022 | Published By: Natalie | In Divorce , Married , Relationship
Share this 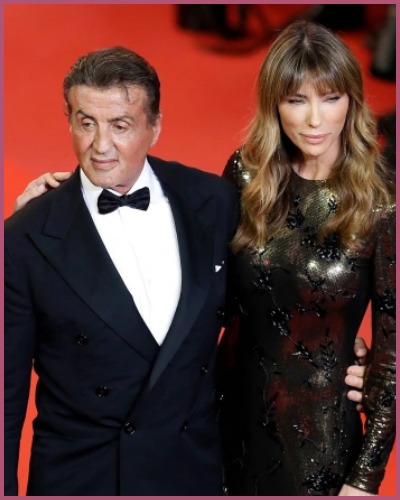 Sylvester Stallone and  Jennifer Flavin and back!

The actor and his wife who almost finalized their divorce are now deciding to give their marriage one more chance.

Now the couple has decided to reconcile a month after the model filed for divorce.

A spokesperson of the person said:

“They decided to meet back up at home, where they talked and were able to work out their differences,”

“They are both extremely happy.”

A source also confirmed that the couple filed the order of abatement earlier this week meaning that they aimed to put a hold on their divorce proceedings. Its submission meant that the pair were mending their relationship.

The news of their reconciliation became more evident when the 76-year-old actor posted a throwback photo of him and his wife, 54, holding hands on Monday.

The Rocky actor and his former model wife have been married for 25 years and are proud parents of three beautiful daughters: Sophia, 26, Sistine, 24, and Scarlet, 20.

Also, Read Sylvester Stallone Covers Up Another Tattoo of Estranged Wife Jennifer Flavin with a Leopard!

Jennifer filed for divorce after 25 years of marriage

Flavin shocked the world when she filed for divorce from Stallone, out of the blue in August in Palm Beach County, Fla. Shortly after the filing, she was spotted without her wedding ring.

Stallone, on the other hand, made their split more obvious by covering up two tattoos of Flavin with animals’.

There were many rumors circulating around the internet on why the power couple decided to end their years-long marriage. The couple, however, did not give the exact reason for their fallout.

Some sources claimed that the married couple quarreled over their Rambo star’s new dog. Stallone later broke silence on the rumors and denied all the allegations saying:

“We did not end the relationship on such a trivial argument,”

Flavin in her divorce petition described their marriage as irretrievably broken and accused the star of engaging in the intentional dissipation, depletion, and/or waste of marital assets.

Sylvester’s source called the allegations ridiculous and a pure lie and added:

On his part, Stallone released a statement that read:

“I love my family. We are amicably and privately addressing these personal issues,”

Stallone and Flavin married in May 1997, nearly a decade after they met at a restaurant in California.