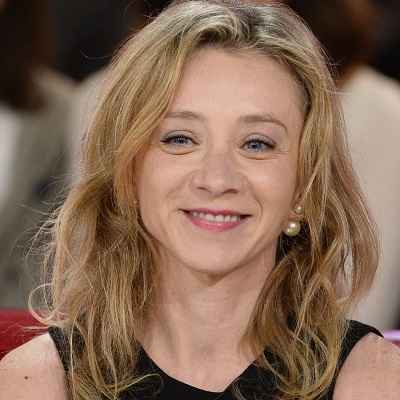 Sylvie Testud is currently single and is not dating anyone. She prefers to keep her personal life private as she hasn’t shared information regarding her love life relationship.

Previously, Sylvie has been in a relationship with Pierre Palmade, a French actor, and Comedian. Furthermore, there are no records of her romantic connections.

Who is Sylvie Testud?

Sylvie Testud is a French actress, screenwriter, and film director who debuted in the industry in 1991.

Sylvie was born on 17 January 1971, in Lyon, France. As of now, she is 51years old. Talking about her nationality, she holds a French identity.

She grew up in Lyon’s La Croix-Rousse neighborhood. Many Portuguese, Spanish, and Italian immigrants lived in this neighborhood. Her mother came to the United States from Italy in the 1960s. Sylvie’s French father left the family when she was just two years old.

There is no information about her siblings. She has been secretive when it comes to her educational qualification.

In 2000, she starred in Chantal Akerman’s La Captive, which was based on Marcel Proust’s La Prisonière, the fifth installment of La recherche du temps perdu. For her performance as Christine Papin, one of the Papin sisters, in Les Blessure’s assassins, she won the César Award for Most Promising Actress in 2001.

The case was a teenage servant woman convicted guilty of murdering her employer’s wife and daughter with the help of her sister, and it made spectacular headlines in France in 1933.

She wrote her autobiography, Il n’y a pas beaucoup d’étoiles ce soir, in 2003, which included anecdotes from her daily life as an actor. Her sister Ghislaine designed the cover for the French edition. One of her most well-known roles was in the film Stupeur et tremblements, which was based on the novel by Amélie Nothomb.

Sylvie played Momone, Edith Piaf’s dearest friend, in the two-time Academy Award-winning film La Vie en Rose, released in 2007. She received overwhelming praise for her eerily precise depiction of writer Françoise Sagan in the 2008 film Sagan, for which she was nominated for another César for best actress.

She took part in Rendez-vous en terre inconnue in 2012.

Being an actress, writer, and director, Sylvie earns a good sum of money from her profession. She lives a lavish lifestyle and has an estimated net worth of approx $ 10 million, while her exact salary, income, and earnings are not disclosed yet.

Sylvie has not been a part of any controversy or rumors yet. However, she has kept a clean image to the public as she appears to be avoiding unwanted scandals.

Sylvie has an average height of 5 feet and 5inch and weighs around 60kgs. She has a fair skin tone with golden-colored hair and a pair of beautiful blue eyes.