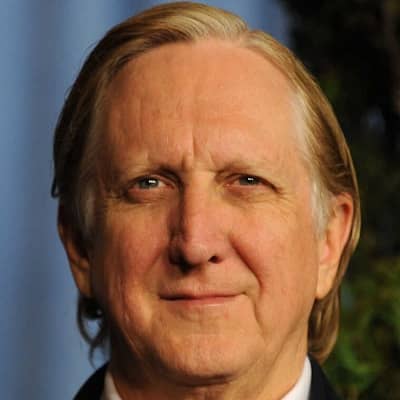 What is the relationship of T Bone Burnett?

T Bone Burnett is married to Callie Khouri. They married in the year 2006.

Previously, he was married to Sam Phillips in the year 1989. They welcomed one child. Later, the pair divorced.

Who is T Bone Burnett?

T Bone Burnett is an American guitarist, songwriter, and record producer. In the 1970s he became well known for his work as Bob Dylan’s guitarist.

Also, he received honors for the song The Weary Kind, which appeared in the 2009movie Crazy Heart and won a Golden Globe, Academy Award, and Grammy Award.

T Bone was born on January 14, 1948, in St. Louis, Missouri. As of 2022, his age is 74 years old. In terms of nationality, he holds an American identity. He was born to Joseph Henry Burnett Jr and Hazel Perkins Burnett.

Bone was raised in Fort Worth, Texas in his mother’s Episcopal Church. At a very young age, he started playing golf and played on the Texas Christian University course when he was 7 years old.

Truth Decay, Burnett’s first solo album after the Alpha Band was released in 1980 on the Takoma Records Label. Bone’s 1992 album The Criminal Under My Own Hat featured alternative music for adults.

Likewise, he issued two albums in 2006. Along with Jay Bellerose and Keefus Ciancia, he released The Invisible Light: Acoustic Space in 2019.

The 2008 Universal fire also damaged thousands of additional pieces of media including some of Bone’s recordings.

Under the name, The Coward Brothers, T Bone worked with Elvis Costello on the track The people’s Limousine in 1985. He produced two albums by Roy Orbinson: In Dreams: The Greatest Hits and two songs by Mystery Girl in 1987.

Burnett produced the musical score for the All the King’s Men remake. He worked on Brandi Carlile‘s The Story album in 2006. Grace Potter and the Nocturnal album from 2009 were both produced by him.

Elton John and Leon Russell collaborated on an album which Bone produced. Low Country Blues which Gregg Allman released in Jan 2011 and produced by Burnett in 2010.

Also, he worked on the 2016 album Black Cat by Italian blues musician Zucchero Fornaciari. Furthermore, Amidst the Chaos by Sara Bareilles was produced by Bone in Los Angeles in July 2018.

Also, he received a Grammy for producing raising Sand (2007), a studio album that combined Robert Pants blues rock and contemporary bluegrass. he wrote the music for Wim Wenders movie Don’t Come Knocking in 2005.

Burnett worked as Inside Llewyn Davis executive music producer in 2013 for the Coen brothers movie.

Being a successful guitarist, and record producer, he has accumulated a wealthy sum of money from his profession.

As per celebrity net worth, he has an estimated net worth of $16 million.

Throughout his long professional career, he has not been a part of any controversial news. He has maintained a distance between his professional and personal life and appears to avoid unwanted scandals and rumors.

Burnett stands tall at a height of 6 feet 4inch, whereas his weight is unknown.

On his physical appeareence, he has a pair of blue eyes and brownish-colored hair.

On YouTube, he has garnered over 2.6k subscribers on his channel named T Bone Burnett.