Updated On December 18, 2022 | Published By: Frances West
Share this
Married 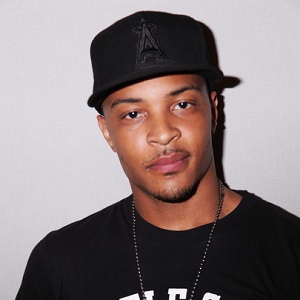 About his album King, "This album is a solidification of why I call myself The King of the South."

On how he came up with the lyrics for his album Trap Muzik, "This is a paperless album. I don't write nothing down. Just listen to the beat for a minute like this right here.. and get in the booth and lay it down."

He's one of the most charismatic guys next to me you will find in the south. The best rapper next to me. - On his protégé, rapper Young Dro

What is the relationship of T.I.?

T.I. started dating Tiny or Tameka Cottle in 2001. T.I. married her on 30 July 2010. They together are proud parents of three children i.e. two sons (Clifford Joseph Harris III and Major Philant Harris) and one daughter (Heiress Diana Harris). He also has a stepdaughter from his wife Cottle.

His married life is not going smoothly. There was news of possible divorce but it has not happened still. There are also reports that there may be reconciliation between the two. Tiny had filed for divorce in December 2016.

He also had some romantic flings with Analicia Chaves (2016) and Blac Chyna (2009 – 2010). T.I. is the father of two sons (Domani Harris and Messiah Ya’Majesty Harris) from the relationship with Lashon Dixon, and a daughter, Deyjah Imani Harris from R&B singer Ms. Niko.

Clifford Joseph Harris Jr. is famous and recognized by his on-stage name T.I. He is an American Hip-hop artist as well as an actor from Atlanta, Georgia.

T.I also can be said a man of many talents as he has a name in many fields as a rapper, author, entrepreneur, record producer, nightclub owner, actor, songwriter, and television personality.

However, he started his career at La Face Records where he signed his first major-based records deal in 1999.

Buddy Harris, his father died due to Alzheimer’s disease. However, he had been rapping since the age of eight only. As a teenager, he had been addicted to drugs and got arrested several times.

He got his on-stage name from his childhood nickname only. Once he was also known as Rubber Band Man, a custom to wearing rubber bands around the waist. After signing with Artist Records subsidiary La Face records he shortened his nickname from tip to T.I.

T.I.- Career, Salary, and Net Worth

T.I. began his career on the Artist Record by debuting his first album named I’m Serious in October 2001 which was released on June 26, 2001. His second album was released on August 19, 2003. It debuted at number 4 as well as sold 109000 copies in the first week. T.I released the third album Urban Legend in November 2004.

T.I. the fourth album also touched the success as it was debuted in the number one position on the U.S. Billboard. His album”King” not only debuted on the U.S. Billboard but also earned many awards and was also nominated for the Grammy Awards in the category of Best Rap Album.

Success had been flown in the way of T.I. in this music career, he also tried acting as well. In the year 2006, he made his first debut in the movie ATL, where he had the character of Rashad Swann, an orphaned 17-year-old senior in high school. Other films in which he appeared are Takers (2010), Identify Thief (2013), Get Hard (2015), and Entourage movie.

In October 2015 he was also signed to Warner Bros Television. Besides all this, he has also worked as an executive producer for some movies and music. T.I. is also engaged in community work and also is a businessman. As of 2022, he has an estimated net worth of $60 million.

Rumors and Controversy of T.I.

There was a rumor hitting the social site about T.I. having marital problems with her beau Tiny. However, it was to hear the rumor going around that he had been cheating on her beau.

Also, there is news going on that they are heading for divorce. T.I. had been sentenced to jail two times due to the Gun charge and Probation Violence.