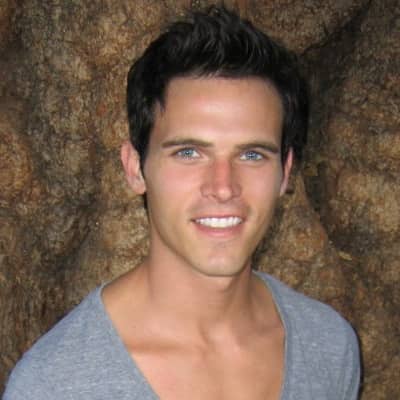 Tad Hilgenbrink is possibly single as of now. Even if he is dating or has an affair, he is lowkey about his romantic life.

Tad Hilgenbrink is an American actor and a cinematographer. He is best known for playing in movies like American Pie Presents Band Camp as well as The Hills Run Red.

Hilgenbrink was born on October 9, 1981, in Quincy, Illinois, United States. His full birth name is Tadeus Moses Hilgenbrinck Quintana. The actor grew up on a farm which developed and polished his creative craft.

He has never talked about his family in the media, And so his parent’s names are also unknown. His mother is Mexican.

Hilgenbrink holds an American nationality and has mixed (Mexican and English) descent.

The actor has her schooling at Quincy Senior High School. He was actively involved in music and theater. Likely, he has his bachelor’s in Musical Theatre and a Dance minor from Millikin University and also IES London.

Hilgenbrink has his intern spending and performing at The Little Theatre on the Square in Sullivan, Illinois.

Hilgenbrink was part of Summer 2003 at the Music Theatre of Wichita in Wichita, Kansas. He performed various musicals including Footloose, Oklahoma!, Good News, Chicago, and The Scarlet Pimpernel there.

Likewise, he has performed in roles such as The Artful Dodger in Oliver!, Chuck Cranston in Footloose, and as Gideon in Seven Brides for Seven Brothers,

The actor has also starred in various theatrical pieces including A Midsummer Night’s Dream, Chicago, and Oliver!. Performing various successful performances in New York and London, Hilgenbrink then went to Los Angeles and also performed there.

Talking about his movie, The actor appeared in the main role in the 2005 movie  American Pie Presents: Band Camp. Following this, he worked in movies like The Curiosity of Chance(2006),  Amusement, Lost Boys: The Tribe in 2008 and H20 Extreme, The Hills Run Red in 2009, and many more.

His net worth is around $1.5 million. An actor or new performer in the USA earns from $38,410 to $70,642. And so Hilgenbrink also has collected a great fortune from his acting career.

Maintaining a low-profile life, the actor has kept a distance from appearing in any types of rumors and controversial news.

Hilgenbrick stands at a height of 5 feet and 8 inches(1.74 m). His body mass is around 67 kg(148 lb). Likely, he has beautiful blue-colored eyes with black hair.

You may also read the bio of Curran Walters, Zachary Horwitz, Jana Schmieding, and Alan Ritchson.