Updated On January 26, 2023 | Published By: shahid | In Dating , Married , Relationship
Share this 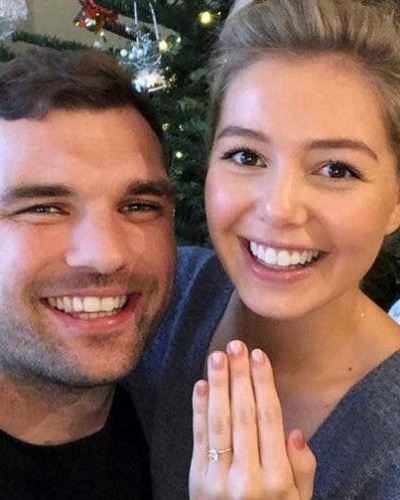 More details on their engagement-scroll down for it!

The star of the Ireland rugby team, Tadhg Beirne proposed to his girlfriend, Harriet Fuller earlier this week and she accepted his wedding proposal.

It was at the Adare Manor Hotel in Limerick. On Tuesday 8 December 2020 night, the player announced the news to his fans on his Instagram. He uploaded a sweet photo of the two. It was taken at the Adare Hotel located in Limerick.

Harriet Fuller also shared the happy news on her Instagram for her followers. She posted underneath the snap:

Additionally, Harriet also uploaded another photo and described how Tadhg proposed to her. She wrote:

“After the most special proposal under our Christmas tree, my FIANCÉ whisked me away for a perfect night of celebrations.”

Congratulations pour in for the couple

Family, friends, and fans took to the comments section of the posts to congratulate the couple on his joyful news. Alannah Beirne, sister of Tadhg and a former Dancing with the Stars contestant wrote:

The others who sent their best wishes were Jordi Murphy and Bundee Aki. One of their fans wrote:

Many of his fans posted heart emojis and smile emojis as comments. One of their fans posted:

“This photo of you two 😍❤️ beautiful xx.”

“Ahhhh congratulations!!!! ♥️♥️♥️♥️So happy for you both. Xxxx.”

Tadhg is preparing for the Champions Cup against the Harlequins this weekend. It will start at 5.30 pm on Sunday and will be at Thomond Park. This great news should pep him up and make him more energetic toward a win for his team.

Tadhg and his career

The Irishman Tadhg, 28 started his career during his college days at Leinster Academy from where he graduated. It was against Cardiff Blues in 2015. Later, he joined Scarlets. In October of 2017, Munster signed him on the team for two years.

This contract was further extended in May 2019 for two years. He fractured his ankle during play and had surgery for it this year in January. He returned for play in August this year after play resumed post-COVID halt.

Earlier, he was also on the Ireland U20 team. His first international play was in 2018. Currently, he is playing for Munster in the Pro 14 and the European Rugby Champions Cup. He plays mostly as a lock but can also play on number 8 or as a flanker.
Tags : engaged couple Harriet Fuller's boyfriend Irish rugby player 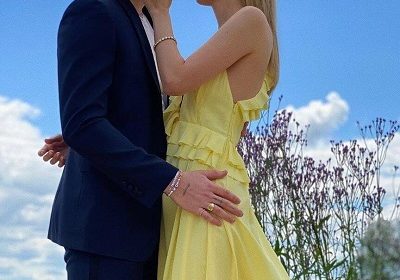