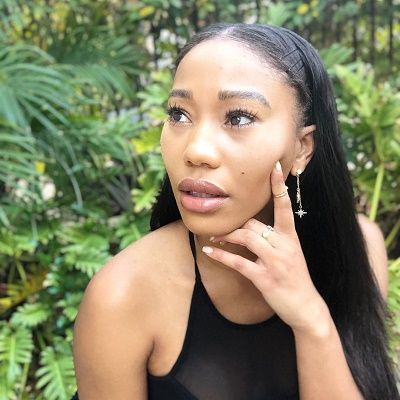 Tahira Francis is currently engaged. She exchanged rings to an author whose name is Shawn Rogers in Los Angeles, California.

Shawn proposed Tahira on February 29, 2020. They often share their photos on social media.

Who is Tahira Francis?

Tahira Francis is an American TV personality, producer, actress, and entrepreneur. She is best known for appearing in the Reality TV show Siesta Key and Growing Up Hip Hop.

This actress was born on 28 May 1990 in the United States. Her mother’s name is Maureen Denton. There is no information about her father and siblings as she likes to keep her personal life far from the media.

She often shares pictures with her mother on social media. Her nickname is ‘Tee Tee’ and is of All-American descent.

Tahira graduated with a B.A. degree in Economics and Spanish from Sarah Lawrence College. She attended New York University and studied Economics & Political Science. She went to the University of Cape Town.

Tahira Francis has appeared in 33 episodes of the series, Growing Up Hip Hop alongside Romeo Miller, Sandra Denton, and Angela Simmons. She starred in several TV series like The Domenick Nati Show, and Siesta Key.

Earlier, she worked as a paralegal before becoming an investment analyst at Brainworks Capital Management. Tahira is working as a TV producer since 2017 for major networks like MTV, CNBC, E! Networks, and CMT.

This model is the founder of the SoyiniTales. She has experience in wealth management at Bank of America Merrill Lynch. She began working in business development for Davis Polk & Wardwell.

The average salary of a TV personality is estimated to be $60,000. Meanwhile, according to some sources, her estimated net worth in 2020 is $1 million.

There is no rumor and scandal of this model. She has managed to keep herself out of rumors and controversy. She is doing well in her career.