Tahj Mowry is a Young Artist Award-nominated actor. Tahj Mowry is not having an affair with anyone presently.

Tahj Mowry’s current relationship status is possibly single. Previously, he was dating the model, Erica Ocampo. In 2013, their photos in bail created a quiet buzz among his fans.

Prior to that, he was dating the actress, Aleisha Allen. They started dating in 2006. However, one year later, they were separated as a couple.

Before that, in 2000, he was dating the actress, Naya Rivera. 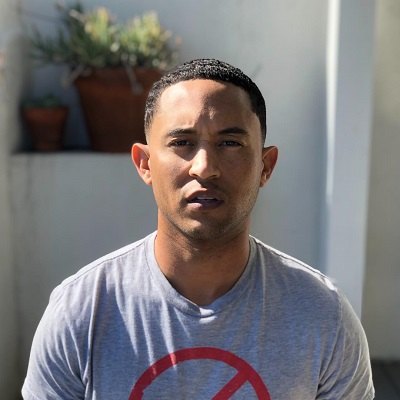 Our family is very tight. Just like any family, we have our ups and downs, but the love is always going to be there. I try to go to my parents house as much as I can

There's something so great about being with your nephew and, when you're tired, just handing him off back to your sister

I always joke with people that having nephews is the best birth control there is.

Who is Tahj Mowry?

Tahj Mowry is a Young Artist Award-nominated actor. Mowry is renowned as T.J. Henderson of the TV series, Smart Guy.

Next, he will be appearing in the comedy-drama, Welcome Matt as Matt. Tahj Mowry is also a voice artist.

Tahj Mowry was born as Tahj Dayton Mowry on the 17th of May 1986 in Honolulu, Hawaii, the U.S. Her father,  Timothy John Mowry British-Irish ancestry. He is a U.S army. His mother, Darlene Ree Mowry is of Afro-Bahamian ancestry. She is a manager by profession.

He is the third among three siblings which include two elder twin sisters, Tia and Tamera Mowry, and a brother, Savior.

He attended Westlake High School in Thousand Oaks, California. Later, he graduated from Pepperdine University in Malibu, California like his elder sisters.

He started his career as an actor at the age of four. He debuted in TV series with the series, Who’s the Boss? as Greg. In the series, he appeared for a single episode only.

Following the series, he featured series like Out All Night and Where I Live. At the time, he also worked as a voice artist for the short TV series, Sonic the Hedgehog.

After the series, he appeared in numerous series as a child artist. However, the series, Smart Guy become the first milestone in his acting career. For the character of T.J. Henderson in the series, he was nominated for Youngstar Award three times.

Some of his series along with the year and the character name are:

The actor is also popular for his movies too. In movies, he debuted through the movie, 1991- Rappin’ N’ Rhymin’. Following the movie, he featured the movie, Disney Sing Along Songs: Let’s Go to the Circus.

Also, he has contributed his voice to the movie, Kim Possible: A Sitch in Time for the character, Wade Load. Last, he was featured in the movie, 2007- Are We Done Yet? as Danny Pulu.

In 2015, the actor has launched his debut album, Flirt. Before that, he sang the song, Shine Your Light On Me for School’s Out! Christmas.

Later, on the 4th of August 2015, he released the six-song extended play, Future Funk.

He is a black-eyed brunette. His height is 5 feet and 7 inches.

There was a rumor that the actor is gay. The rumor was started when he reacted to photos of a gay bodybuilder named Andrew. After that, he was labeled as gay. To clear the air, later he tweeted that he is not gay.