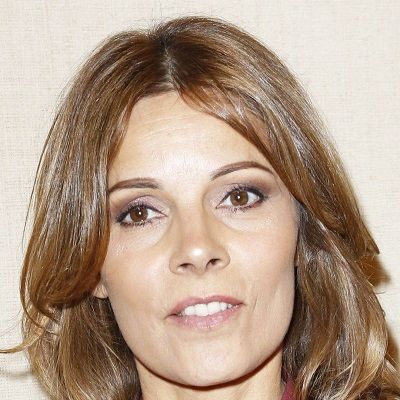 Despite Tahnee Welch’s celebrity status, there is not much revealed about her personal life. In her early days, she had an affair with Luca Palanca. The two met at Palanca’s family restaurant and fell in love, but this affair did not end up in marriage.

After that, Welch married popular television actor Jared Harris in 1991. However, this marriage lasted for just five years. The pair divorced in 1996 and did not have any children. According to sources, she is single at the moment.

Who is Tahnee Welch?

Tahnee Welch is a popular American actress and model. She is the daughter of the legendary actress, Raquel Welch. Her film career began in Italy and she appeared in a few Italian and German film and TV productions. She made her debut in Hollywood with Ron Howard’s Cocoon in 1985.

The actress was born as Latanne Rene Welch in the 26th of December, 1961 in San Diego, California, the U.S.A. She was born to her mother Raquel Tejada and her first husband James Welch. Raquel is a legendary Hollywood actress. Additionally, she has a younger brother, Damon Welch who is also an actor.

She is of American nationality. However, her ethnicity remains unknown.

Welch left home and dropped out of the school at the early age of sixteen to pursue her dream of being an actress.

Tahnee Welch’s acting career began in Italy after being cast in the main role in Italian film Amarsi un PO’. Fortunately, in her first movie, she was cast with the famous and beautiful Virna Lisi.

After that, she was cast in Ron Howard’s summer blockbuster Cocoon in 1985. The film was a blockbuster. But, Tahnee decided to continue her acting career in Germany and Italy. Thus, she starred in the mini-series Disperatamente Giulia and enjoyed great success there, too. In addition to this, Tahnee also appeared in the American indie pictures including I Shot Andy Warhol, Sue and Search and Destroy between the years 1995 and 1997.

Tahnee was last spotted in the 2000 sports drama movie, Body, and Soul. Since then, she has not been active in the entertainment world.

Unfortunately, Tahnee did not win any awards or nominations in her time as an actress or model.

It is difficult to calculate her net worth as she has not been active in the entertainment industry for a long time now. However, some online sources such as Celebstrendnow have estimated her net worth to be in the region of around $1 million. Unfortunately, her annual income is under review. Similarly, her current source of income remains unknown.

Tahnee was not involved in anything controversial in her career. However, her decision to pose nude for Playboy was questioned by some.

Tahnee Welch has a height of around 5 feet 7 inches. Additionally, she weighs around 56 kg. Her body measurements for breasts, waist, and hips are 30-25-35. She has dark-brown hair and brown eyes.

You may also like to read about the bio, age, net worth, body measurements of Drena De Niro, Pamela Baird, Ann-Margret.