Updated On January 31, 2023 | Published By: Brandy Stratton
Share this
Single 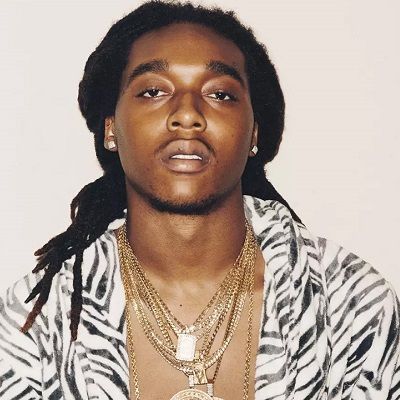 Everybody trying to bite the style ever since we made 'Versace.' But they don't give us credit.

You gotta watch everything. You gotta watch how you move, 'cause you a celebrity. You're a target now, so you always gotta do that. Just stay on your tippy toes.

Before we were Migos, we were called Polo Club and wore them thangs. It was cool back then, but now it's whack.

What is the relationship of Takeoff (Rapper)?

Takeoff was single. He shared a good bond with his hip-hop band members of Migos.

His cousin Offset has a daughter Kulture Kiari Cephus with American rapper Cardi B.

Takeoff was an American rapper, singer, and songwriter. Takeoff is well-known as a member of the hip-hop trio Migos along with Quavo and Offset.

Takeoff was gunshot dead on 1st November 2022 in Houston. He was 28 years old at the time of death. At the time of death, Takeoff was on a balcony outside the 810 Billiards and Bowling Alley, where he had reportedly been playing dice with his uncle and Migos bandmate, Quavo.

Who are the parents of Takeoff?

Kirshnik Khari Ball was born on 18th June 1994 in Lawrenceville, Georgia, US. He was raised by a single mother.

Details about his father and mother are not revealed. He belongs to All-American ancestry and has attended Berkmar High School.

Quavo is his uncle of Takeoff and Offset is his cousin of Quavo. Offset is an American rapper, singer, and songwriter. Offset is also an investor in the esports organization Faze Clan.

Quavo is also an American rapper, singer, songwriter, and record producer known for his singles that peaked within the top 10 of the Billboard Hot 100 chart.

Takeoff started rapping with his other family members Quavo and Offset from the year 2008. They performed under the stage name Polo Club which they eventually changed to Migos.

On 25th August 2011, they released their first full-length project Juug Season followed by No Label. In 2013, they released a single Versace that was remixed by Canadian rapper Drake.

Likewise, in July 2015, Yung Rich Nation was their studio album featuring Chris Brown and Young Thug and produced by Zaytoven and Murda Beatz.

In 2016, Migos achieved their first number-one single Bad and Boujee peaking on the Billboard Hot 100. Similarly, they released their second studio album Culture on 27th January 2017.

On 26th January 2018, the group’s second album Culture II  became Migos’ second album to debut at number 1 on the Billboard 200.

Migos earned around $36 million US between September 2018 and September 2019. In 2017, Takeoff and his uncle Quavo purchased a new home for Migos family matriarch ‘Mama Huncho’ for Christmas.

He has featured many expensive cars on his Instagram. Likewise, he is fond of wearing expensive watches.

On 18th April 2015, Migos scheduled to headline Georgia Southern University 2015 Spring concert at Hanner Fieldhouse. Police who were present at the University detected a strong scent of marijuana from their van.

According to the contract they were to pay $30,000 with their promoter Big House Collective receiving an additional $3,000 but the University breach out the contract. University paid half of the agreed amount.

After that, Takeoff and other members were released on bond by the Bulloch County District.

In March 2014, Migos members were involved in a shooting incident outside of Miami. An unknown shooter fired upon the van carrying the hip-hop trio from the parallel vehicle.

One of the Migos’ returned the fire but none of them were injured in the incident.

How tall is Takeoff?

Takeoff has dark hair and brown eyes. He is 5 feet 9 inches tall and weighs around 76 kg.

Likewise, he has a YouTube channel Migos ATL with 9.49 million subscribers.