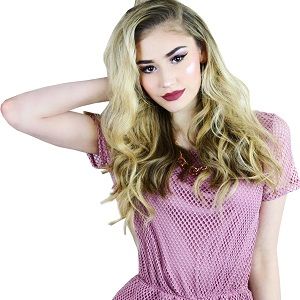 Talia Sagginario is an unmarried woman. As of now, she doesn’t have any boyfriend.

It seems she is fully concentrated in her career rather than in relationship stuff. Additionally, she has never linked up in any affairs. As per the reports, Talia is enjoying her single life and living beautifully.

Talia Sagginario is an American rapper. Furthermore, she has also starred in the second and third season of the Lifetime reality shows The Rap Game.

She and her sister Jasmine Sagginario released a YouTube channel named Jaz&Tally.

Talia was born on May 22, 1999, in California, United States. Talking about her nationality, she is American and her ethnicity is Hispanic and Italian.

Talia Sagginario began her career as a rapper at an early age. Later, she has also starred in the second and third season of the Lifetime reality shows The Rap Game. Furthermore, she and her sister Jasmine Sagginario released a YouTube channel named Jaz&Tally.

So far, she has covered many hit covers along with her sister, Jasmine Sagginario such as Fancy by Iggy Azalea, All About That Bass by Meghan Trainor, and Problem by Ariana Grande.

Being a famous rapper, she earns a decent amount of money from her profession. However, her salary and net worth are unknown. As of now, she has not won any awards in her career. Although, she has been doing great in her job and her works have been loved by many people around the world.

So far, there are not any drastic rumors regarding her personal and professional life. Moreover, she has never involved in any controversy to date in her career. It seems she has full focus on her work rather than stuck in any controversy.

You may also like to read Torrey DeVitto, Tiffany Coyne, and Calum Best.