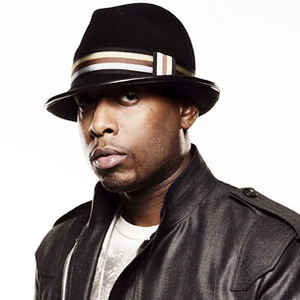 Skip the religion and politics, head straight to the compassion. Everything else is a distraction

Things are fluid in this world, and if you don't remain fluid, you get lost in the sauce

The beautiful thing about hip-hop is it's like an audio collage. You can take any form of music and do it in a hip-hop way and it'll be a hip-hop song. That's the only music you can do that with.

Talib Kweli is a married man. Currently, he is married to DJ Eque. They exchanged the wedding ring on May 9, 2009. The ceremony happened in Bel-Air in California.

Before this marriage, he was in two relationships. One of them was with Darcell Turner. Darcell is a talented author. Together they have two children.

Who is Talib Kweli?

New York-born Talib Kweli is a famous rapper. He is an American citizen. Specifically, he produces hip hop music. He is a hip-hop artist and songwriter.

Additionally, Talib is also a social activist and a record label owner. He has his own record label company, “Javotti Media.”

Presently, he is a prominent figure for songs like “Get By,” “Never Been in Love,” and “The Blast.” He has been around the music industry since 1996.

Talib Kweli was born on October 3, 1975, like Talib Kweli Greene.  He was born in Brooklyn in the state of New York in the United States. He grew up during his childhood in the northwest neighborhood of Brooklyn, Park Slope.

His mother’s name is Brenda Greene. She works as an English professor at Medgar Evers College. Similarly, his father is also involved in the education sector.

He is an administrator at Adelphi University. His rapping passion grew during his high school days with influence from a rapper like De La Soul.

For his education, he went to Cheshire Academy. Later after passing from there, he enrolled at Brooklyn Technical High school. Unfortunately, the College dismissed him. That led him to study experimental theatre at New York University.

Talib Kweli started his musical career in 1996. During the first year, he was rapping for other groups like ‘Mood.’ There he met Hi-Tek.

Their album “Mos Def & Talib Kweli Are Black Star” (1998) made it to the top. Then Talib continued working with Reflection Eternal and released the album, “Train of thought” in 2000. Later, he also geared up for his solo career. In 2002, he launched his first solo album, “Quality” along with “The Beautiful Strange” in 2004.

Some of his other albums are “Gutter Rainbows,” “Eardrum,” “Gravitas,” “Radio Silence,” and others. Furthermore, he collaborated with other artists too like “9th wonder,” and “Madlib.” Recently in 2017, he worked with Styles P in Styles’ album, “The Seven.” Apart from music, he is also an activist. Furthermore, he owns the company, “Javotti Media.”

Presently, he does not share any detail about his salary. But his net worth is estimated at around $4 million.

Talib has been part of media controversy. Previously, he accused the author, Mark Dice of racism. This led to the creation of buzz in the media and the internet.

Similarly, he has had some beef with Rick Ross and Iggy Azalea in the past. Presently, he is away from any controversy and criticism.

Talib Kweli has an average height and body weight. He has dark brown hair. Similarly, he has brown eyes. Besides these, there are no details regarding his body measurements.