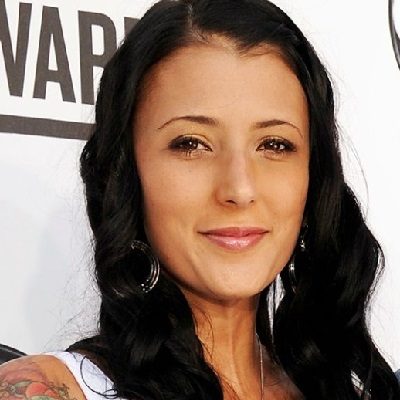 Talinda Ann Bentley is married to her boyfriend, Michael Friedman. He is an LA-based fireman.

The wedding took place on the 4th of January 2020 at Turtle Bay Bay Resort in Kahuku. Bentley announced their engagement in September 2019.

Before that, Talinda was married to the singer-songwriter, Chester Bennington on the 1st of January 2005 in New York. With Chester, she has three children that include a son, Tyler, and twins Lila and Lily.

Chester committed suicide on the 20th of July 2019 by hanging.

Who is Talinda Ann Bentley?

American Talinda Ann Bentley is a former model and mental health activist. She is renowned as the widow of the singer and songwriter, Chester Bennington.

She is also the founding partner of mental awareness campaigns, 320 Changes Direction.

Talinda Ann Bentley was born on the 18th of September 1976 in Arizona, USA. She is of British-Germanic ethnicity.

Till the date, she has not shared any details about her father and mother.

Talking about the educational background, in 1995, she graduated from Los Angeles Music Academy.

Talinda Ann Bentley started her career with some odd jobs. When she was a teen, she worked as a waitress for a burger joint and trainer. Moving forward, she also worked as a science teacher. At the time, she used to teach the students from grades 6 to 8.

Going through the various jobs, she became a model. As a model, she posed for the college section of the Playboy Magazine.

Last, in 2019, she launched a mental awareness program, 320 Changes Direction Honored to her former husband, Chester. She is also the founding member, executive director, and AMG ambassador of the program.

Through her career, she has made an estimated net worth of $500k. As executive director, her salary is in the range of $43k to $183k. Besides that, she also makes as an ambassador too.

Talking about the net worth, her former husband, Bennington had an estimated net worth of $30 million.

Her new wedding has created headlines in the media for her wedding date. The controversy started with some misleading facts that her new wedding date with her current husband, Michael Friedman is the same as the wedding anniversary with the singer, Chester.

However later, Bentley claimed that her new wedding took place on the 4th of January. Also, she told that she married the late singer on the 1st of January.

Back in 2006, she became a target of the cyberstalker. She first received an anonymous email stating he was happy for her and then-husband, Chester. Later, the stalker started calling her.

Moving forward, the stalker also changed the password of her computer. After around one year, the cyberstalker was identified as Devon Townsend. For threatening messages and tempering emails, Devon was imprisoned for two years.

Talinda Ann Bentley has brown eyes with black hair. Her height is 5 feet 7 inches and weighs around 55 kg. Her body measurements are 34-28-34 inches.