Posted by MarriedBiography Posted on January 28, 2021 | In Divorce , Interesting Facts , Married
Share this

Talinda Bennington is getting a divorce from Michael Fredman just after a year of marriage. She filed for divorce in Los Angeles County Court on 26th January 2021. She announced the news through her Instagram account writing,

“Michael and I have decided to move forward with our lives as friends. Divorce is never easy, but in our case it is for the best. We have remained good friends and he continues to be an important part of my children’s lives.”

Talinda talked about the difficulty of taking such decisions in front of the public eye. She thanked everyone for supporting her and respecting their privacy at a difficult time. The couple had walked down the aisle a year before on 4th January 2020.

1) Talinda Bennington is an American teacher and former model. She is known for working on projects titled The King of Staten Island, Queen of Glory, and An African City.

2) She was born Talinda Ann Bennington on 18th September 1976 in Indio, California, US.

3) Regarding academics, she attended The Loomis Chaffee School and graduated from The University of Pennsylvania.

4) Talinda’s first marriage was to singer Chester Bennington. He was the lead member of a band named Linkin Park. Likewise, they had married on 31st December 2005.

5) Chester dedicated a song to her titled Give Me Your Name.

7) On 20th July 2017, Chester Bennington committed suicide by hanging. Similarly, he left Talinda alone with their three children. Talking about coping with the situation, she revealed,

“In the early days, I was responding to people on Twitter who were reaching out to me saying they felt helpless. I knew intuitively that I couldn’t help everybody. So I started asking others on Twitter to lift each other up. That became something really beautiful.”

8) After her husband Chester committed suicide, she founded the campaign 320 Changes Direction. As per Talinda, the main focus of the campaign was to talk about mental sickness and to develop technological-based solutions to streamline mental health care for family, friends, and those who are suffering.

Also read Find out about Matthew Gray Gubler’s current relationship status! His net worth in 2021 and few quick facts

American Talinda Ann Bentley is a former model and mental health activist. She is renowned as the widow of the singer and songwriter, Chester Bennington. 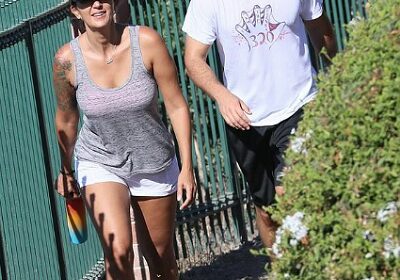