Talitha Eliana Bateman is an American actress. Talitha is low key about her romantic relationship. 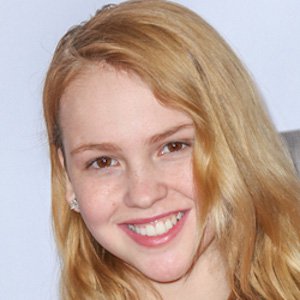 Cute and shining Bateman is an unmarried girl. She has managed to keep her personal information so secret that nothing relating her past and present affair status is published.

Being so young, it seems like she is sharpening his strength and skills to make his all dreams come true. Currently, she resides with his family in California.

Who is Talitha Bateman?

Talitha Bateman is an American child actress. She is extremely prominent for her role in “Hart of Dixie”, ‘The 5th Wave”, “Nine Lives” and “Annabelle 2.”

She has made a recognizable position in American T.V and film industry at a very young age.

Talitha Bateman is 20 years old. She was born on September 4, 2001, in Turlock, California, U.S.A. Her nationality is American and belongs to the Caucasian ethnicity.

She was born to Jonelle Bateman and Tim Bateman. She is growing up with his parents and eight siblings named Gabriel, Leah, Noah, Judah, Justin, Aleq, Hannah.

Her brother Gabriel is also an actor. Bateman’s parents revealed that they found acting skills in Bateman when she was only 2 years old and afterward, highly encouraged her to secure his forwarding life in the acting field. Bateman was also highly interested and dedicated.

There is no information published regarding Batman’s educational status; however, seems like she is in high school.

Bateman made her professional acting debut in the year 2012 and appeared in the film “George Biddle, CPA” as ‘kid’. Next year, she made her T.V debut and appeared in one episode of T.V series “The Middle” as ‘Girl Glossner’.

She also appeared in several low-rated films and T.V series at the initial phase of her career including “Maker Shack Agency”, “Mamma Dallas”, “Life Grows On”, etc. In 2015, she appeared in a total of 3 episodes of successful T.V series titled “Hart of Dixie” for which she gains huge positive response and reviews from fans and viewers. Some of her other successful appeared include “Nine Lives” (2016), “Annabelle 2” (2017), and “The Hive” (2015).

Talitha’s net worth is $2 million according to the sources. Whilst her salary is unknown.

Currently, there are no drastic rumors regarding Bateman’s personal and professional life. It seems like she is doing best job without harming others for which she hasn’t been a part of controversy yet. Also, she is so young to be a part of rumors and controversy.

Talitha Bateman has a good height of 5 feet 2 inches (1.57m) with a body weight of 48 kg. She has Dark Brown eye color and her hair color is golden brown.