Posted by MarriedBiography Last Modified May 13, 2021 | In Entertainment , Interesting Facts
Share this 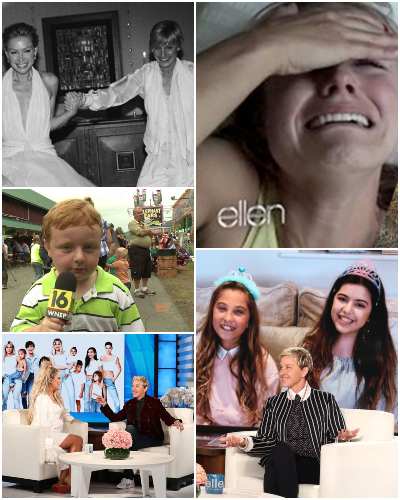 Ellen DeGeneres is quitting the show

Ellen DeGeneres is ending her long-running talk show, The Ellen DeGeneres Show. The show was facing allegations of having a toxic workplace. The maker of the show has decided that the upcoming 19th season will the last one.

In one of the recent episodes, the host of the show, Ellen revealed the news with teary eyes,

“You may wonder why I’ve decided to end after 19 seasons. The truth is, I always trust my instincts. My instinct told me it’s time. I promise you that we’re going to have a fantastic final season. It will be a season where I truly get to say, ‘Thank You. Thank you all.’ Every day will be a celebration,”

The show started to air in the year 2003. The Warner Brothers distributed the show with fun games, dancing, singing, and more activities alongside A-list celebrities. The show was on fire for a long time due to the allegations of a dysfunctional workplace that harbored misbehavior. Some of the allegations also included sexual misconduct and racially insensitive remarks. After the allegations, the data shows the viewership for the show decreased by 1.1 million people this season. Here are some of the most memorable moments of the show you don’t want to miss.

In one of the episodes of the show, Kristen Bell opened up about her obsession with sloth. She also shared a sad and intimate video of her reaction when her now-husband Dax Shepard surprised her with a real-life sloth. In the video, she was having her moment with “happy-crying” when she got the gift on her 31st birthday. She, then, explained the video was full of “full-fledged panic attacks.”

Everyone knows Kylie’s pregnancy was a big conspiracy as she kept it secret throughout her pregnancy. However, her sister Khloe Kardashian almost opened the big secret of 2017/18. However, she started talking about her own pregnancy which also raised many eyebrows.

Back in 2014, a kid went viral after appearing on the news after using “apparently” work over and over. Noah Ritter then got the name “Apparently Kid” which quickly rose to fame. Ellen quickly introduced him to his audiences bringing him to the show.

The OG fan of Ellen’s show definitely recognizes Sophia Grace and Rosie. The British cousin duo caught the eyes of the host after they went viral for making the cover of Nicki Minaj’s Super Bass. She not only brought them to perform on her show but also surprised them with real-life Nicki Minaj.

6. Helping her staffs with a proposal

There may not be many workplaces where someone can go down on a knee to propose their partner. In 2010, she helped Aaron, boyfriend of her wardrobe assistant, Jen. When she was helping Ellen readjust her outfit, he quickly went to the stage to propose to her.

5. Heart-warming monologue after the big event

After walking down the aisle with her wife, Ellen emotionally spoke about the moment on her show which brought tears to many eyes. Talking about the union, she also shared some of the pictures and videos from their big day ceremony.

Before Obama became the president of the USA, he appeared on the show. That was one of his many interviews which happened while he was running for election. With her signature on-air dancing, Obama won several hearts at the time.

Animal expert and adventurer Jeff Corwin appeared on the show as a special guest. He brought a massive python to join him on the show. When Ellen was handling the snake, it went a little awkward when it wrapped around a slightly inappropriate place.

On the occasion of her 60th birthday, last year, her wife Portia de Rossi surprised her. She gifted her an actual animal sanctuary in honor of Ellen’s personal hero Dian Fossey. Moreover, she also founded a charity to further Ellen’s humanitarian work named The Ellen Degeneres Wildlife Fund.

Ellen has always given back to her audience. But the donation on her 60th birthday was the most memorable and the biggest one yet. She partnered up with Cheerio’s surprising the audience with a whopping one million dollars to split among them.