Tallulah Willis is currently dating Dillon Buss. Her boyfriend, Dillon is a student of art and photographer.

Her Instagram posts suggest that the couple likes to spend more time with each other. Previously, she was in a relationship with Morgan McDonald. 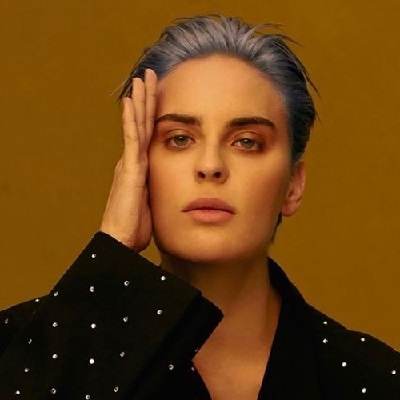 Who is Tallulah Willis?

American Tallulah Willis is an actress and designer. She is renowned as Infant Pearl of The Scarlet Letter and Erika Miller of Bandits.

Tallulah Willis was born on 3rd February 1994 in Los Angeles, California, United States. Her birth name is Tallulah Belle Willis. She is of British ethnicity with Germanic ancestry.

She is the daughter of Demi Moore and Bruce Willis. Both his parents are professional actors. Her parents got married on 21st November 1987. They parted their ways via a divorce on 18th October 2000. Later, her mother remarried Ashton Kutcher. Whereas Willis married the model, Emma Heming.

She has two sisters; Scout Willis and Rumer Willis. Her elder sister, Rumer is a singer and actress. Tallulah has two parental half-siblings; Mabel and Evelyn.

Moving towards her academics, she attended the University of San Francisco.

In 1995, she made her acting debut with the movie, The Scarlet Letter as Infant Pearl. Following that, she made her appearance in the movies like Bandits as Erika Miller and The Whole Ten Yards as Buttercup Scout.

Apart from movies, she has made her appearance in TV series including Entertainment Tonight, Catfish: The TV Show, and The Talk as Guest co-host.

In November 2020, she comes into the limelight when she shared an Instagram video. Through the video, she told that she had her brain scanned at Amen Clinics in order to ease the burden of the past trauma.

At the time, she mentioned that she has an anxiety problem.

Talking about net worth, her father, Bruce has an estimated net worth of $200 million making him one of the richest actors in the world.

Tallulah Willis has blue eyes with brunette hair. She stands at a height of 5 feet 4 inches and weighs around 58 kg. Also, she wears shoes of size 8 (US).

As of now, she has not been through any sort of controversy and scandals that created headlines in the media.

There were some rumors that she has secretly married to her ex-boyfriend, Morgan McDonald. However, they were never verified.