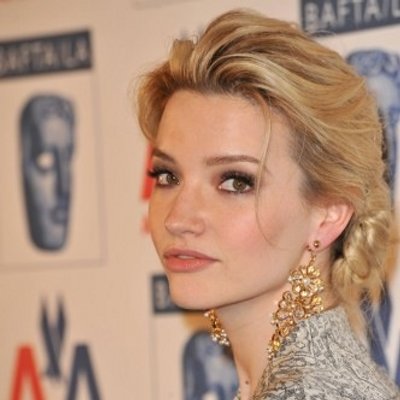 What is the relationship of Talulah Riley?

Talulah is currently in a relationship with an actor, Thomas Brodie-Sangster. They confirmed their relationship as they walked their first red carpet together at the 2022 British Academy Film Awards Gala Dinner.

The relationship between Talulah and billionaire, Elon Musk started in 2008 and they tied the knot in 2010 at Dornoch Cathedral in Scotland. In January 2012, Musk decided to part ways after a four-year relationship with Riley and divorced in March 2012.

However, In July 2013, they reconciled and married again. The marriage didn’t last long and musk filed for divorce again on 31 December 2014. The divorce was finalized by Los Angeles Superior Court in October 2016.

Talulah does not have any biological children.

Who is Talulah Riley?

Talulah Riley is an English actress, model, and writer known for her simple but astonishing roles in TV series. She is popular in the drama film, Pride & Prejudice as Mary Bennet and as Angela in the science fiction series Westworld.

She is the daughter of Una Riley, a founder of a security systems company and a public relations company, and Doug Milburn, former head of the National Crime Squad and current screenwriter. Likewise, she is the only child of her parents.

Moreover, she is a citizen of England and her ethnicity is mixed (English and Irish).

She was educated through Cheltenham Ladies’ College. She then joined independent Berkhamsted Collegiate School before attending independent Haberdashers’ Aske’s School for Girls. Her interest in acting drove her toward studying for a degree in Natural Sciences at the Open University.

Talulah Riley: All about Career

Talulah started her modeling career as a teenager and she has featured on the March 2010 cover of Esquire. As a writer, she has released the novel ‘Acts of Love’ and ‘The Quickening’ which were published by Hodder & Stoughton in August 2016 and June 2022 respectively.

Some of the notable films she has appeared in are,

Her credits as an actress in television are,

Moreover, she had made her stage debut in The Philadelphia Story at the Old Vic in 2005. She then performed in a 2006 revival Tennessee Williams’ Summer and Smoke.

Among many, some of her notable awards include Best Actress for a leading role in “The Last Witness” (2018) at the New York City International Film Festival and Rome International Movie Awards. She was nominated for a Screen Actors Guild Award for her ensemble role in “Westworld.”

Of all her success in TV shows, films, and short films she has earned a lot and living a luxurious life. She has an estimated net worth of around $40 million.

She had received $4.2 million when Elon and she first divorced. However, they reconciled and married again to divorce again in 2015 when Elon filed a divorce and paid a whopping $16 million as a settlement.

Talulah has never made headlines for any rumors 0r controversies. However, her ex-husband, Elon Musk has been controversial for a year.

Riley has got a sexy body with a measurement of 35-24-34 inches. This 5 ft 8 inches tall beauty has attractive hazel eyes with dark brown hair. She weighs around 57 kg.

She has an enormous following on her social media page. Her Instagram has around 81.2k followers and over 58.5k followers on her Twitter page.