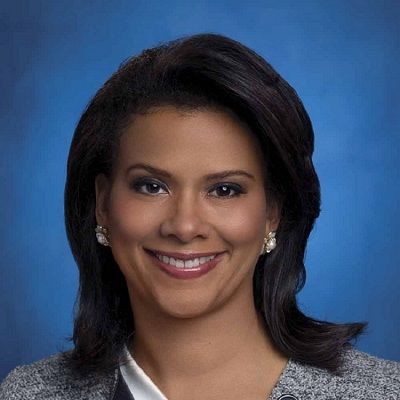 Who is Tamala Edwards?

Tamala Edwards is 48 years old. She was born on April 7, 1971, in Georgia, U.S. Her father’s name is Redick Edwards who is a senior vice president and her mother’s name is Edith Edwards who is a retired counselor in the financial aid department. She belongs to American nationality. There is no information about her siblings and ethnicity.

After completing her high school education, Edwards attended Stanford University. She studied Bachelor of Arts. There is no more information about her school/college university.

In 1993, Tamala Edwards started her career as a staff writer for Time magazine. There, she worked for two years as a Time reporter in New York. From 1995-1997 she covers international news. In 2000, during the presidential election for the Democratic presidential nomination, she covered vice president Al Gore’s campaign as well as former New Jersey’s Senator Bill Bradley’s campaign.

In 2001, As a White House correspondent, she started working for ABC News. Later, she reported during the Iraq War and moving with the Air Force. She ventually becomes an anchor for ABC’s World News Now and World News This Morning. Moreover, she joined 6abc in 2005. Edwards works as a weekday co-anchor of Action News Morning, from 4:30 to 7 am.

Furthermore, she has also conducted several interviews with Governor Tom Corbett, Senator Bob Casey, Mayor Michael Nutter, and many others as a co-host of Inside Story.

Though Tamala Edwards is a popular reporter there is no information that she has received many awards and nominations.

Tamala Edwards earns a huge amount of money from her journalism career. Currently, she is making around $400,000-$500,000 as an annual salary and it is estimated that her current net worth is around $1.5 Million.

She is living a happy life being free of rumors and controversies.

Tamala Edwards has a slim body. She looks pretty with her black hair and black eyes colors. She is 5 feet 6 inches tall. There is no more information about her body measurements.