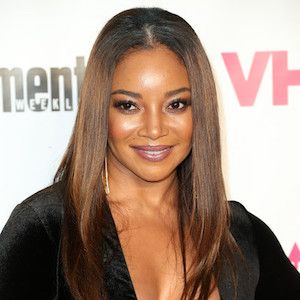 I've always been in love with music, but I've never thought to sing.

I can go into a restaurant

I might have to go a few times, taste something, love it and figure out exactly what is in there, and go home and duplicate it.

I hid the fact that I had an aneurysm for a very long time. I was embarrassed, and I just felt like no one needed to know because it made me look weak. Who would of thought someone my age, at 23, had a brain aneurysm?

Tamala Jones is currently dating an American rapper, Big Gipp from Atlanta, Georgia. Gipp is best known as a member of Goodie Mob. Surprisingly, they are former lovers as they dated back in 2006 but ended up due to personal misunderstanding. Gipp has a child with Joi before their separation in 2003.

Previously, she dated later rapper Nate Dogg and they dated around 2003 but they later separated. Nate passed away from multiple strokes complications in 2011. After that, she dated Teodoro Nguema Obiang Mangueike but the relationship lasted for one year.

Who is Tamala Jones?

Tamala Jones is an American actress and she is best known for her performances in ‘Booty Call’, ‘The Wood’, ‘The Brothers’, ‘Two Can Play That Game’, and also for her television roles as Tina in the ‘Veronica’s Closet’, and as Lanie parish in the crime drama ‘Castle’ from 2009 to 2016.

Her birth name is Tamala Regina Jones and she is currently 44 years old. She rarely talks about her family and her personal life and hence information regarding her parents and her childhood is not available.

Tamala holds American citizenship and her ethnicity is African-American.

Talking about Tamala’s education, she has not disclosed any information regarding her college and university names. However, it is under review.

Tamala Jones began her acting career from the teen sitcom ‘California Dreams’. She co-starred on the series ‘For Your Love’ from 1998 to 2002. She portrayed the recurring role as Tonya on ‘One on One’ and guest starred on television series ‘The Parent Hood’, ‘The Fresh Prince of Bel-Air’, ‘My Name Is Earl’, ‘Malcom & Eddie’, and many more.

Tamala Jones was voted as one of ‘The 10 Sexiest Women of the Year’ by the readers of ‘Black Men Magazine’. Apart from that, the 44 years old actress has not been awarded and nominated for her work till date.

She blamed Wendy Williams for spreading false rumors of her with the rapper Ed Lover which eventually resulted in the ending of her relationship with her boyfriend Nate Dogg.

Tamala’s shoe size is 7(US) and her dress size is 4(US). She survived a brain aneurysm at the age of 23 in 1997. Also, she enhanced her breasts surgically in 2006 in order to have them improved.