Tamara Ecclestone is a married woman. She is married to a businessman Jay Rutland. The couple got married on 11 June 2013. They together have a daughter named Sophia Eccelstone-Rutland, born on 17 March 2014.

Previously, Tamara was engaged to Jonathan Ketterman in 2002. They both together have a daughter named Sophia Ecclestone-Rutland, on 17 March 2014. 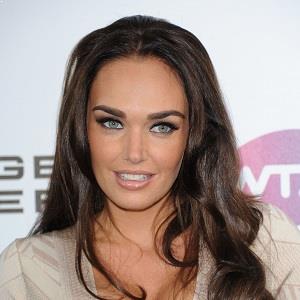 Id rather have a fake smile than a nasty stare.

When I'm upset, everyone knows about it, and it's a selfish trait because everyone suffers.

As a woman, I believe you have to embrace your body, and feel beautiful both inside and out.

Who is Tamara Ecclestone?

She is also known as the daughter of a billionaire.

Talking about her early life, she was born on 28 June 1984, in Milan, Italy. She is the daughter of the former chief executive of the Formula One Group, Bernie Ecclestone (father), and Slavica Ecclestone (mother). Her mother is a former model.

She has sisters Petra Stunt and Deborah Ecclestone. Ecclestone belongs to English and Croatian ethnicity.

Tamara completed her education from Francis Holland School in London. After that, she attended the London School of Economics. She also attended the Unıversıty College of London.

Tamara Ecclestone began her career as the presenter of Sky Sports Italia’s coverage of the 2009 Formula 1 season. She has also worked in a range of other lifestyle and glamor productions. In 2006, she made her television debut presenting Channel 4’s Red Bull Air Race World Championship.

Tamara was seen in her own reality television show Tamara Ecclestone: Billion $$$ Girl on Channel 5 in 2011.

Rumors are that Tamara and her husband Jay Rutland are having serious relationship issues and they are processing for divorce. The rumors have not been confirmed yet.

Tamara recently faced controversy when she posted a picture of her daughter Sophia riding a unicorn horse captioning “We believe in unicorns.” Many people criticized her claiming that was animal abuse.

Tamara again became a part of a controversy when she posted a picture of her breastfeeding her daughter.