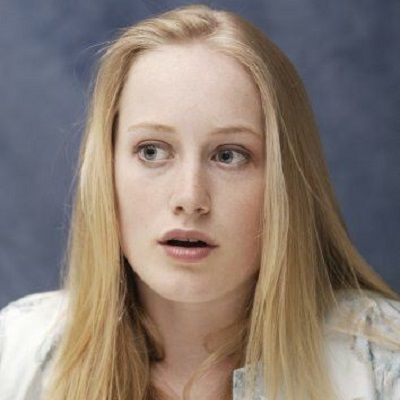 Tamara Hope is currently single. She shares a good bond with her co-stars.

Who is Tamara Hope?

Tamara Hope is a Canadian professional actress and musician known for starring in Guinevere Jones and The Nickel Children.

Tamara won the Young Artist Award for Best Performance in a TV movie for Supporting Young Actress in The Sandy Bottom Orchestra.

Previously, in 2017, she appeared in Live at Massey Hall.

Tamara Hope was born on 2nd November 1984 in Toronto, Ontario, Canada. Her father is a pilot and many of her relatives are a pilot as well.

When she was young, she lived in Dufferin County and started singing in the Orangeville Choir at the age of 11. When she was 12 years old, she was a part of the children’s choir in Donny Osmond‘s production Joseph and the Amazing Technicolor Dreamcoat.

At the age of 16, she acted at Theatre Orangeville in Spring Planting. In 2002, she moved to Toronto.

Tamara began acting in 1999 with a role in The Audrey Hepburn Story. It is a made-for-television movie that starred Jennifer Love Hewitt.

In 2001, she appeared as Paige Hall in The Deep End. After that, she appeared in The Republic of Love, A Different Loyalty, Saint Ralph, Shall We Dance, The Nickel Children, September Dawn, Shoot First and Pray You Live, Manson, Foxfire and Crimson Peak.

In 1999, Tamara played the role of Fee in Winslow Homer: An American Original. After that, she appeared in The Audrey Hepburn Story, Stepsister from Planet Weird, The Sandy Bottom Orchestra, The Royal Diaries: Elizabeth I and Twice in a Lifetime.

Her recent roles are in Covert Affairs, Three Inches, Good God, Beauty and the Beast, Transporter: The Series.

Albums with The Weather Station

The estimated net worth of Tamara is $1 million US. As a Canadian actress, she has an average salary of $22,913 US.

She is a musician as well and earns an average salary of $40,950 US. She was part of the movie Crimson Peak which made box office collection of $74.7 million US.

Tamara is blonde hair and blue eyes. He is 5 feet 4 inches tall.

Who is Tamara Joy dating now after the cheating scandal of her MAFS husband Daniel Webb?