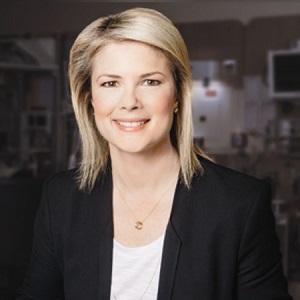 Moving towards the confidential life of Tamara Taggart, she is a married woman. The 50 years old, Tamara Taggart had tied his knot with Dave Genn since 4th Feb 2006.

The couple is blessed with three children i.e, Beckett Genn, Poppy Genn, and Zoë Genn. There is no any issue of separation between the blessed couple.

Who is Tamara Taggart?

Tamara Taggart is a television presenter. She has worked as the weekday anchor of CTV News at 6 alongside Mike Killeen on CIVT-TV.

Furthermore, she has also hosted a home renovation show, Love It or Lose It for two seasons, on the Home and Garden TV network.

Tamara Taggart was born on 2nd May 1968 in Vancouver, Canada. She belongs to Canadian nationality. Besides, there is no information regarding her childhood and family.

Furthermore, in 1991 she had been graduated from BCIT in Burnaby in the Broadcast Communications program. She is even studied at BCIT School of Business, and Burnaby North Secondary School.

Tamara Taggart: Professional Career, Awards, and the Net worth

Tamara had started her career in radio and concert promotion. She had even landed a recurring role on community calendar spots on CIVT-TV in 1997. Then she had moved on to co-host the breakfast show and then, later, the entertainment spot on the evening news.

She has even presented the forecast from CTV’s studios as well as various locations around Vancouver, the Lower Mainland, and on Vancouver Island during the station’s 5 pm, 6 pm, and 11:30 pm newscasts.

Similarly, she has also hosted a home renovation show, Love It or Lose It for two seasons, on the Home and Garden TV network.

She has played minor roles in the movies like Antitrust, Josie and the Pussycats, Halloween: Resurrection and Along Came a Spider, and on television series like Robson Arms, Cold Squad, and Touching Evil.

Likewise, she had co-hosted Live! with Regis and Kelly for one day in 2009. The next year (2010),  it was announced that she would co-anchor the CTV News at Six alongside Mike Killeen.

As so far, she has won awards like “Best TV Weather Person” and “Best TV Personality” in 2002, 2003, and 2004; in 2003, “Woman of the Year” at the Consumer’s Choice Awards. Additionally, she has earned much which fulfill’s her needs but there is no information regarding her salary and net worth.

Her body measurements are 36-27-35 inches. Her height is 5ft 5 inch, the weight of 56kg she has dark blonde hair and sparkling dark brown eyes.