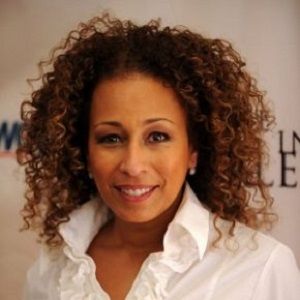 I truly believe that when a person makes a concrete decision and takes action towards a goal that they've set, that the universe will step in and provide opportunities.

I'm always happy and most at home on the stage. I love film and television, but I love live performance... your immediacy with the audience, it makes all the difference in the world.

Understand that the time in the audition is your time. Really own it and take control of it. And do what you prepared. Focus on really executing what it is that you intended to do.

What is the relationship of Tamara Tunie?

Tamara Tunie is a divorced woman.

Her first husband was Greg Bouquett. They got married on 10 September 1988. After three years of their marriage, the couple divorced in 1991. There is no record of their children.

After that, she began dating Gregory Generate in the mid-1990s. Gregory is a Jazz musician.

Therefore, they divorced in the year 2015 due to irrecoverable differences.

Who is Tamara Tunie?

Tamara Tunie is an American film, stage, and television actress.

She is also a popular director and producer who is best known for the role of attorney Jessica Griffin on the CBS soap opera As the World Turns.

She is also known for her role as Melinda Warner on the NBC police drama Law & Order: Special Victims Unit.


Tamara Tunie was born Tamara Renee Tunie on 14 March 1959, in McKeesport, Pennsylvania, USA. She is an American by nationality and she is of African-American, European, and Lenape Native American ethnicity.

She is the daughter of Evelyn Tunie (mother) and James W. Tunie (father). Her father operates a family business in Pittsburgh, Pennsylvania. She has three sisters and a brother.


She attended Carnegie Mellon University in Pittsburgh and graduated with a Bachelor of Fine Arts degree in Musical Theatre in 1981.

Tamara began her acting career in 1986. Her first role was as Nina in an episode of the TV film Spenser: For Hire (1986). The following year, she made her movie debut playing Julie in the film Sweet Lorraine (1987).

During her early career days, she had minor roles in several movies and TV films like Wall Street, Bloodhounds of Broadway, Rising Sun, As the World Turns, and Tribeca. Her first big break came up in the TV film Keep Going Safety (1998), in which she played Tina.

She began a series of regular roles as Dr. Melinda Warner in Law & Order: Special Victims Unit in 2000.

In 2001, Tamara received a nomination for the Independent Spirit Awards for her role in the film The Caveman’s Valentine, based on George Dawes Green’s novel of the same name.

She won a Tony Award in 2007 for the production of the Broadway musical Spring Awakening. She also won a Drama Desk Award for the same film. In 2010, she directed and produced the film See You in September.

Recently in 2022, she played the role of Cissy Houston in the famous Film I wanna Dance with Somebody.

She has been nominated for various awards but in 2016 she won the title of Distinguished Performance by Obie Awards for playing the cast in Familiar.

Tamara Tunie: Salary and Net Worth

She has been a successful actress, director, and producer in her career and she has accumulated a net worth of 10 million dollars as of 2022, but her salary is not revealed yet.

Moving towards her body measurements, she has a good height of 5 Feet and 9 Inches (1.75m) with a body weight of 62 kg.

She has a well-shaped body with breast size 34, waist size 27, and hips size 34 inches.

She has brown hair color and her eyes are dark brown. Her bra size is 40C, her shoe size is 8 and her dress size is 5.